King Charles III became the UK monarch after the death of his mother, Queen Elizabeth II, but his coronation is expected next year. The King has landed back in Scotland after Her Late Majesty’s funeral on Monday, September 19, and is privately mourning at Balmoral.

When is King Charles III’s coronation?

The throne was transferred to King Charles immediately after the Queen’s death on September 8.

The Accession Council issued a principal proclamation formally proclaiming the Sovereign on September 10.

The Principal Proclamation followed, read from the balcony overlooking Friary Court at St James’s Palace by the Garter King of Arms.

King Charles proclaimed he would “strive to follow the inspiring example” set by Queen Elizabeth II in “upholding constitutional Government”.

The coronation, which the Royal Family’s official website dubs an “occasion for pageantry and celebration”, will require the new monarch to take a coronation oath.

King Charles will receive the crown, but the event is still some time away.

The Royal Family’s site states the coronation typically follows “some months” after accession and once the mourning period has ended. 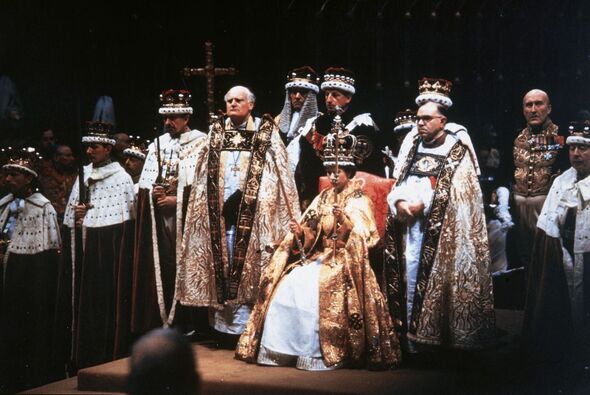 The mourning period lasts one week beyond the Queen’s funeral until Monday, September 26.

The ceremony also requires an “enormous amount of preparation”, making it tricky to organise soon after the funeral.

However, Britons likely won’t see the King receive his crown until next year, with spring or summer 2023 widely suggested.

A delayed coronation wouldn’t be out of the ordinary for the monarchy.

The late Queen ascended the throne on the death of her father, George VI, in February 1952, and her coronation was a year later, on June 2, 1953.

George VI became King in December 1936 after his brother, Edward VIII, abdicated, and received his coronation on May 12 the following year.

While King Charles III won’t split from tradition regarding timing, he reportedly will in terms of the ceremony’s traditional opulence.

A royal source told the Daily Mirror he is seeking a shorter, smaller ceremony than his mother’s.

The source said the King was prompted by “the struggles felt by modern Britons” – a reference to the cost of living troubles experienced by millions in 2022.

They added that, while his coronation ceremony should “stay right and true to the long-held traditions of the past”, it should also “be representative of a monarchy in a modern world”.