Princess Charlotte has melted hearts after reminding her brother Prince George he “needs to bow”. The seven and nine-year-old royals joined Prince William and Kate, Princess of Wales, at the Queen’s funeral at Westminster Abbey on Monday.

George and Charlotte joined senior royals at the London service after first travelling in a royal car with both of their parents, before later transferring to a procession car with Kate and Camilla, the Queen Consort.

After the funeral service, when Her Majesty’s coffin left the Abbey to start its final journey out of London to Windsor, Charlotte could be seen telling her brother “you need to bow”.

The older child seemed to take his sister’s instruction and lowered his head as the monarch’s coffin passed him. 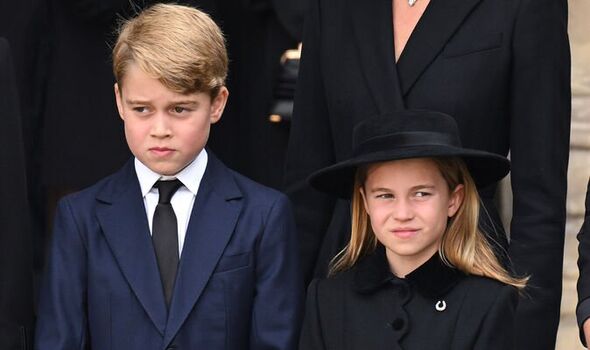 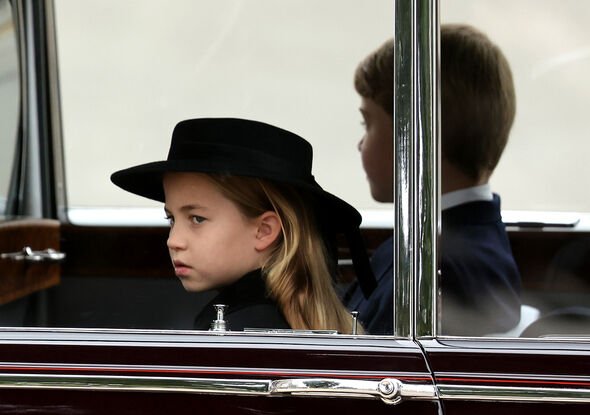 When Her Majesty’s coffin left the Abbey, Charlotte could be seen speaking to George (Image: GETTY)

Twitter users gushed over Charlotte, with @chlo_nicoIe saying: “Charlotte telling George he needs to bow is just gorgeous, she was definitely born to be a little princess.”

User @lilyofthelostv1 added: “I’m pleased they have each other to lean on for support and will look back on this in future glad they took part in it together.”

Another user @Melachino suggested Charlotte “is his Princess Royal”, with @MargieA1776 agreeing and saying: “Princess Charlotte is so like Princess Anne.

“She is no nonsense. Prince George is like King Charles strong but fine with his little sister telling him what to do.” 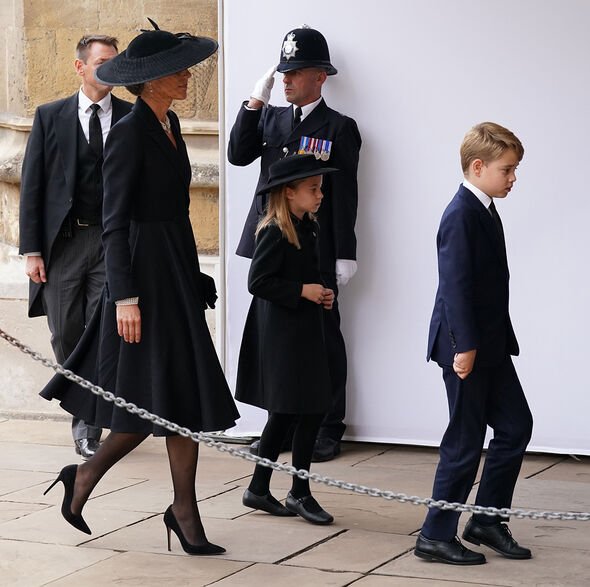 The older child seemed to take his sister’s instruction on board, lowering his head (Image: PA) 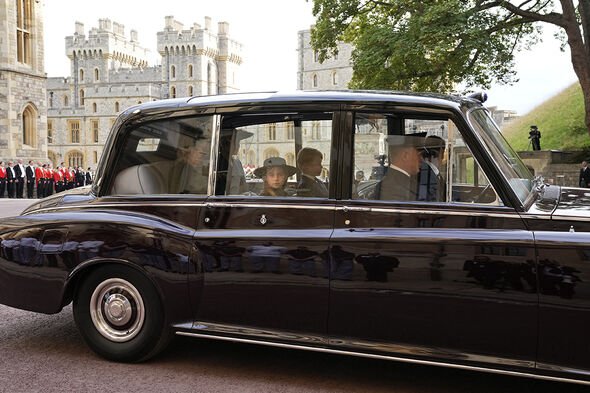 Twitter users gushed over Charlotte, saying she was ‘born to be a little princess’ (Image: GETTY)

Charlotte wore a black mourning coat with velour collar and matching wide-brimmed hat, while George was dressed in a navy blue suit with a black tie.

The seven-year-old Princess also wore a small horseshoe brooch as she arrived at Westminster Abbey, tipped as a nod to Her Majesty’s love of horses.

The Prince and Princess of Wales are understood to have thought “very carefully” ahead of the funeral about whether to involve their two elder children.

Sources told the Telegraph it was a collective family decision, suggesting it was something the children wanted to do.

At the funeral in Westminster Abbey, Charlotte, Kate and Camilla were introduced to a member of the clergy, and Charlotte was spotted making a sweet comment towards him.

She gave him a cursty and said something that lip reader Jeremy Freeman has been able to depict.

Speaking to the Daily Star, Jeremy explained Charlotte had said: “Pleasured to meet you.”

George was equally as polite and said “good morning” to the member of the clergy, according to Mr Freeman.