The eight-year-old youngster donned denim shorts and a navy T-shirt for her fun day out with her family. From relishing an ice cream to jumping over the play area, the daughter of Zara and Mike Tindall proved that she is one cool kid of the Royal Family.

In its 28th year, the event is taking place on a course designed by Princess Anne herself.

The fun-loving photos of Mia Tindall were widely appreciated on social media as her royal fans loved her enthusiasm.

A twitter user @margaratepowell tweeted: “Love her, she is fabulous.” 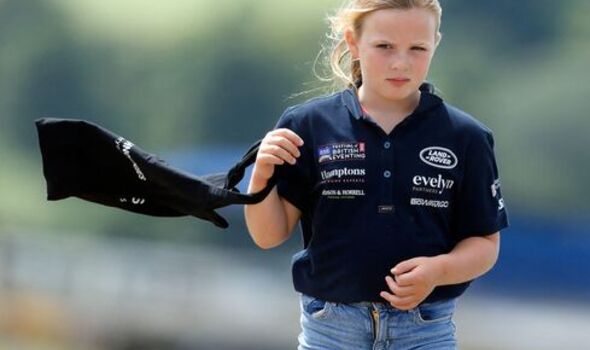 Mia Tindall have a ball as she enjoys fun day out at Festival of British Eventing (Image: Getty Images) 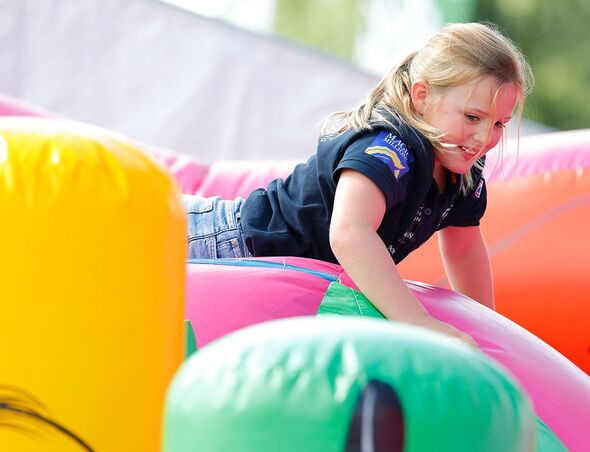 A second user @hannahcjg tweeted: “That looks like fun!”

A third user @gofollie tweeted: “She is soooooo adorable.”

Mia is the eldest of Zara and former rugby star Mike Tindall’s children and is now 22nd in the line of succession.

Like her cousin Savannah Phillips, Mia is known for a mischievous streak and can also be found running around with her father and cousins at various horse competitions.

Most recently, the little girl was spotted playfully kicking her father during a charity football match.

During the Queen’s Trooping the Colour in June, Mia and her cousins Princess Charlotte and Savannah and Isla Phillips, as well as her sister Lena Tindall, adorably poked her head out of the window to peer down at the parade.

The cousins are all close, with Mike Tindall previously revealing he heard about the birth of Prince Harry and Meghan Markle’s son, Archie, via a message on the royal cousins’ WhatsApp group.

Speaking to The Telegraph, he said: “[Harry will] be a great dad. We’ll just let him ease into it himself, find out his own way. 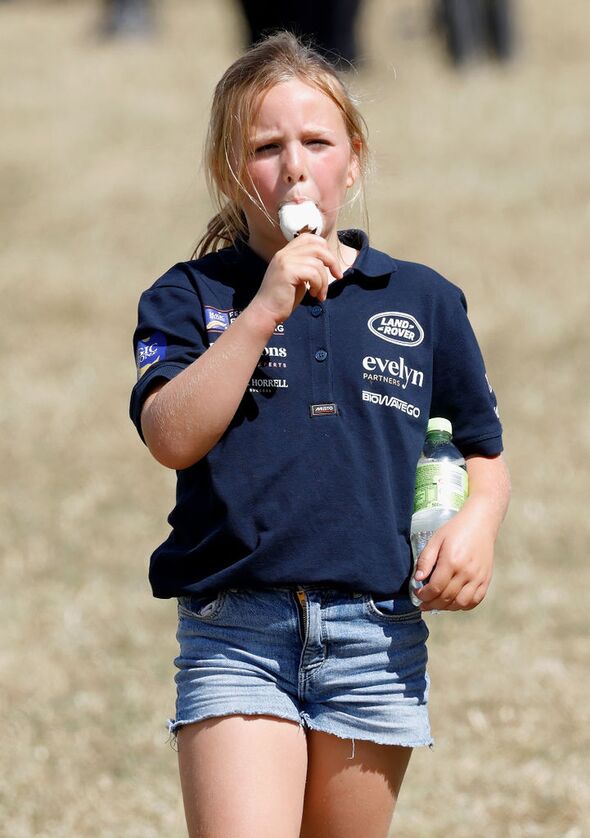 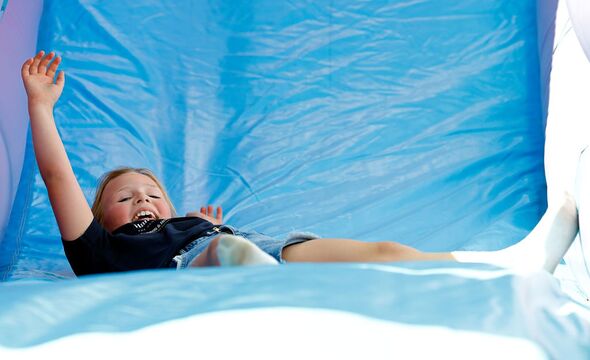 “The thing is, we’re so lucky with ours; ours have always slept so hopefully they’ll get that as well.

“Obviously, he’s godfather to Lena, but we’ve got a great group of young ones in the family now.

“Lena and obviously Louis are similar ages and Mia’s sort of in between Charlotte and George, and then you’ve got Peter’s children Savannah and Isla who are just a little bit older.

“James (Viscount Severn, Prince Edward’s son) is, well not exactly the ring leader, but he’s the oldest. So, yeah, it’s going to be a good little group.

“And Harry, he’s busy, but he loves playing with them all and he’ll be a good dad.”