Princess Eugenie published a social media tribute to her sister Beatrice, who turned 34 on Monday. The post, released on the York princess’ Instagram account, included a heartfelt message, reading: “Happy Birthday to my special big sissy. Love you so much.”

These words were accompanied by four snaps – three of which had never been shared with the public before.

The first picture shows Beatrice hugging her sister as they both smile for the camera.

The second photograph appears to be a selfie taken by Princess Eugenie, in which only the upper half of her face can be seen. 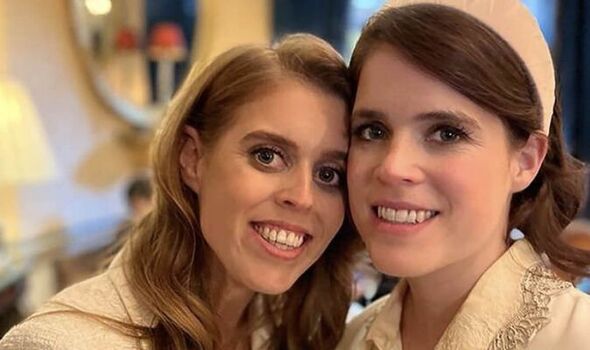 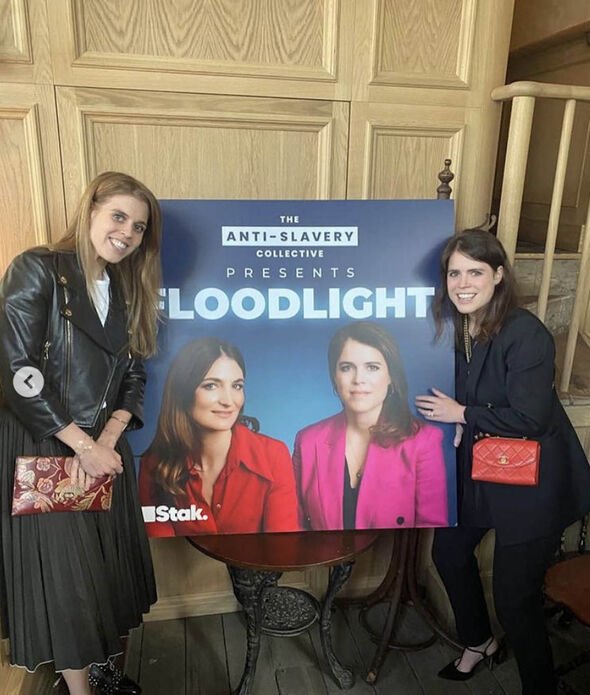 The focus is on her sister, who is donning a beautiful blue dress with a green and white floral pattern, and their cousin Zara Tindall, who let Beatrice rest her chin on her shoulder.

This selfie is believed to have been taken on June 2, as Princess Anne’s daughter was seen wearing that same red dress in a post shared by her husband Mike Tindall on the day.

The royal cousins, the former rugby player revealed, had lunch together in London after watching the Trooping the Colour parade from the Major General’s office and the RAF flypast.

Another picture shared by Eugenie shows the two sisters posing in front of a promotional poster for Floodlight. 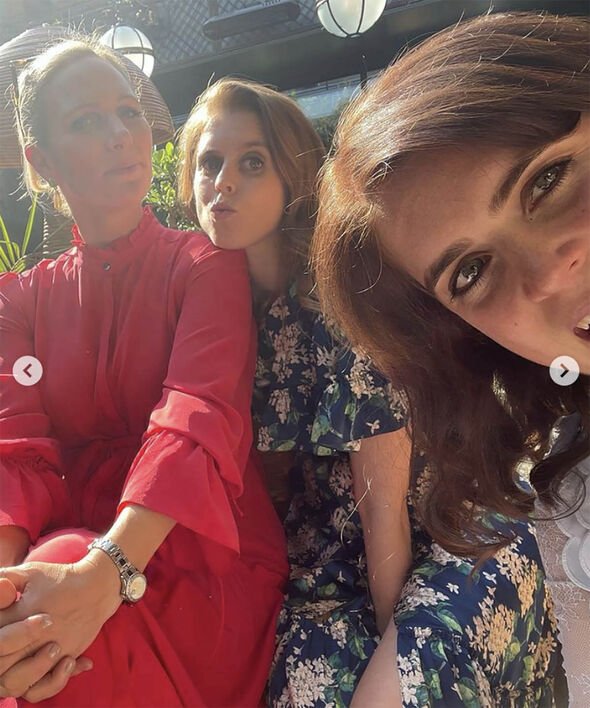 This picture is believed to have been taken on June 2 (Image: PRINCESS EUGENIE INSTAGRAM)

Launched in April, Floodlight is a podcast created by the charity co-founded by Eugenie and her friend Julia de Boinville, The Anti-Slavery Collective, with the aim to fight modern slavery.

A fourth, adorable photo shows Eugenie and Beatrice smiling and looking at each other in the colourful outfit they dressed for the service of thanksgiving held at St Paul’s Cathedral.

Unlike the other snap, this picture had already been shared on Instagram by Princess Eugenie on June 7.

On the day, she shared several photos taken during the four-day-long weekend of celebrations for the Platinum Jubilee. 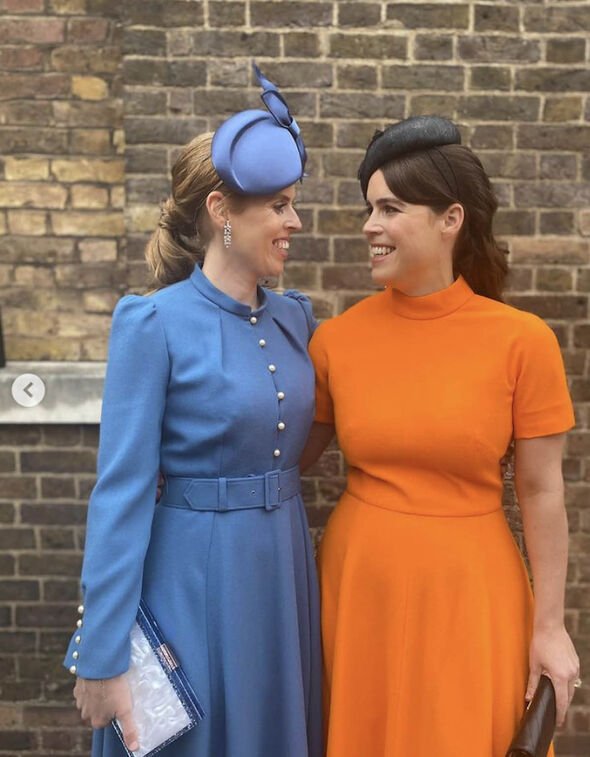 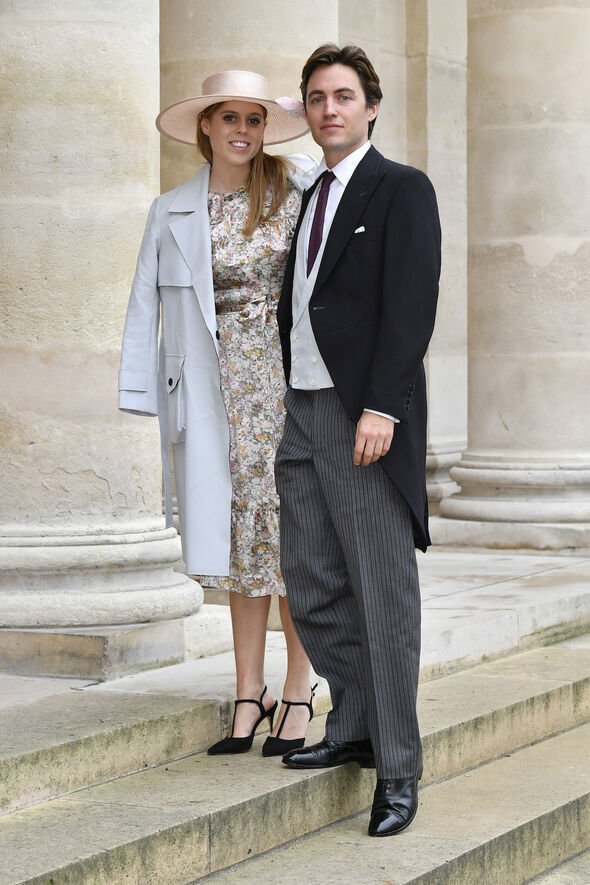 Paying tribute to her grandmother the Queen, Eugenie also wrote: “Thank you, Your Majesty, Grannie, for 70 years of service, selflessness and dedication.

“You are such a shining light for us all.

“Just a final roundup of some epic moments of the most special weekend that I was so honoured to be a part of.

“From The Birthday Parade, to celebrating with @edencommunities in Paddington for their #bigjubileelunch to showing Augie the colourful pageant and ending cheering loudly for this remarkable woman.”

Princess Eugenie hasn’t been the only person close to Princess Beatrice to publicly wish her a happy birthday.

Property developer Edoardo Mapelly Mozzi took to his Instagram account to pen a sweet message for his wife Beatrice.

He said: “You are the world’s best wife. Along with this, you are the best mother in the world.

“We love you so very much. Happy birthday my darling.” 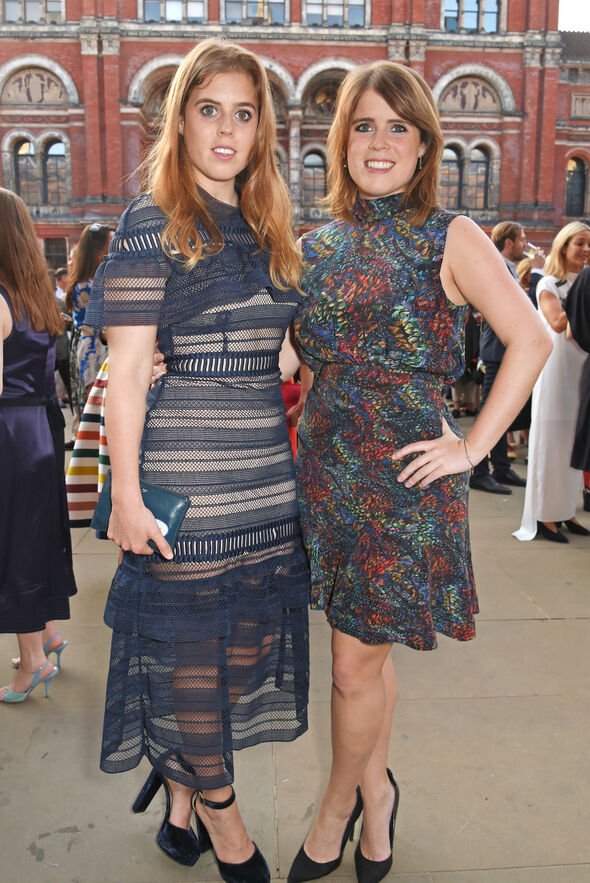 Princess Eugenie and Princess Beatrice are known to be very close (Image: GETTY)

Edoardo and Beatrice tied the knot during a private and socially-distanced ceremony held at the Royal Chapel of All Saints in Windsor in July 2020.