This week marks what would have been Jacqueline Kennedy’s 93rd birthday. Kennedy, fondly known as Jackie, was the former first lady and has gone down in the history books as a fashion icon of the Sixties and Seventies. Perhaps one of her best-known vogue quips came during a visit to London with her husband, John F. Kennedy in 1961 when she was unimpressed with the clothing and decor she saw — and was not afraid to say it.

Hailed as a trendsetter, Jackie popularised strapless dresses and pillbox hats, and famously said “one should always dress like a marble column”.

Since her death in 1994, her life has been portrayed in numerous films, including the eponymously named “Jackie” starring Natalie Portman.

The actress was nominated for the Best Actress Academy Award for her depiction of Jackie battling with grief following the assassination of JFK in Pablo Larraín’s 2016 film.

In an interview with Vanity Fair, Portman compared the writer and socialite to America’s own version of Her Majesty. 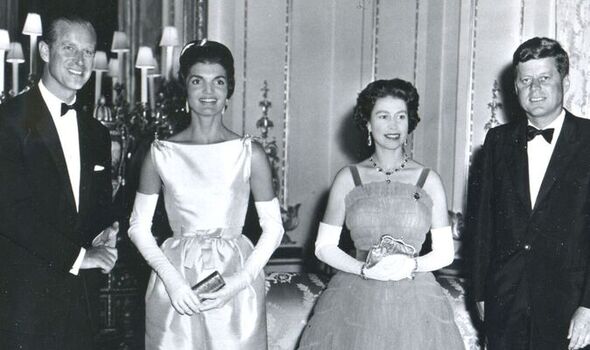 Jackie Kennedy has been hailed a fashion icon of the Sixties and Seventies (Image: GETTY)

While Portman said she was the very person you would want to sit next to at a dinner party thanks to her humour, the 41-year-old actress said Jackie would make “nasty” albeit “funny” remarks.

Speaking in 2016, Portman said: “She was almost our Queen: it’s the elegance, the clothes, very much an image…

“She was the person you wanted to be seated next to at dinner; she was the one who would be saying the smart, funny, maybe a little bit nasty, but funny, things.”

The actual Queen, Queen Elizabeth II, however, did not escape her remarks during her and JFK’s visit to Buckingham Palace in June 1961, shortly after he took office. 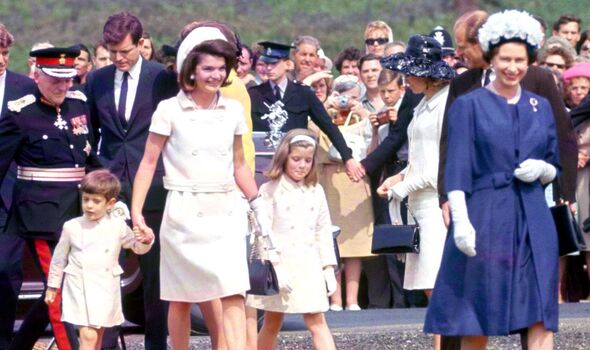 Jackie Kennedy holds hands with her children as she walks behind the Queen in 1965 (Image: GETTY) 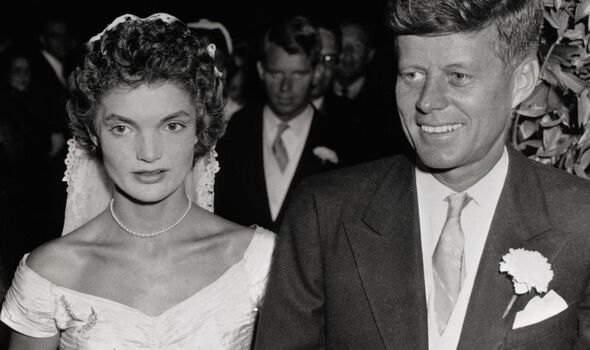 Jackie was “unimpressed” with Buckingham Palace and its furnishings, according to Cecil Beaton, who photographed the Queen, the Queen Mother, and Princess Margaret.

Not only this, but photographer Beaton also wrote in his diary that Jackie found the Queen was simply not in vogue, with her hairstyle and wardrobe being deemed “old-fashioned” by the popular first lady.

Writer Gore Vidal – who was Jackie’s stepbrother once removed – also claimed Jackie thought the Queen “resented” her and that Her Majesty was “pretty heavy going”.

Jackie’s put-downs were dramatised in the series The Crown, with the first lady calling the Queen “incurious, unintelligent and unremarkable”. 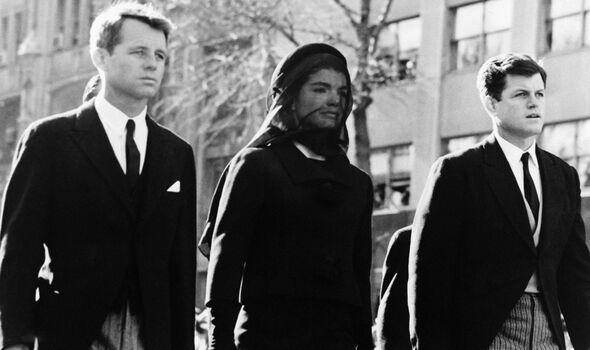 However, these comments in the hit series were fictionalised by writer Peter Morgan.

Regardless of the remarks that were made during the royal dinner, following the 1961 visit, JFK wrote to the Queen on behalf of himself and Jackie, thanking both her and Prince Philip for their “cordial hospitality”.

But just two years later, JFK was assassinated in November 1963 while driving through Dallas, Texas, with Jackie by his side.

Lyndon B. Johnson then took over as the 36th president of the United States.