Just weeks after Harry and Meghan’s wedding in May 2018, Charles and Her Majesty held a conference call with the couple in an attempt to persuade her to reconcile with her father, it was claimed. 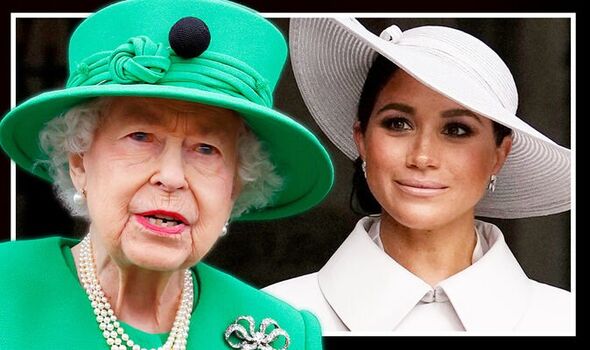 Meghan’s father Thomas claims he has no way to contact his daughter (Image: Getty)

Thomas, now 77, had not attended the wedding after suffering a heart attack and Meghan was walked down the aisle by the Prince. Snubbed by Meghan, Thomas became increasingly outspoken about the Royal Family and claimed he had no way of contacting her.

However in Tom Bower’s book Revenge: Meghan, Harry And The War Between The Windsors, he wrote the excuses Meghan came up with not to see the retired Hollywood lighting engineer started to anger both Charles and the Queen.

Reported in The Sun, Mr Bower wrote of Charles: “He had never really understood her or what she wanted. That week, his irritation about Thomas Markle’s TV appearances, especially his criticism of the Royal Family, came to a head.”

Charles pleaded with Harry to persuade his new wife to go and see Thomas and seek a reconciliation. But Harry fobbed him off and “did not tell his father about Thomas’s fury at being ignored by his daughter.”

Instead Harry claimed Meghan feared her father’s phone “was not in his possession” and emails were not secure. “The inconsistencies of Meghan’s excuses not only irritated Charles but perhaps also the Queen,” added Mr Bower, 75.

And during a later conference call the Queen and Charles urged her again to seek a reconciliation. But Meghan rebuffed the suggestion, claiming she could not discreetly visit her father without causing “a frenzy of media attention and intrusion that could bring more embarrassment to the Royal Family.”

The call ended with both the senior royals vexed. Meghan later admitted: “I was especially sensitive to this as I had very recently married into the family and was eager to please them.”

The book, which charts the build-up to Megxit, also claims Meghan believed she should star as a campaigner and how “The Sussex brand” would offer the Duke and Duchess global opportunities. Mr Bower wrote: “She refused to accept that staff were not employed to promote her as an individual but instead placed her within the grid of the Royal Family.”

But it is claimed it was a visit by Hillary Clinton to the couple’s Frogmore Cottage home where Meghan “unloaded her anxiety” that kickstarted Megxit.

Two weeks later, in November 2019, it was revealed the couple would not be at Sandringham for Christmas but at a mansion near Vancouver in Canada, arranged by a friend and neighbour of Oprah Winfrey.