The Duchess of Sussex and Prince Harry stepped down from full time royal duties in 2020, and have since held an interview with Oprah Winfrey  lambasting The Firm. William has previously been reported to have taken issue with Meghan and Harry’s claims in the interview.

Speaking to Palace Confidential, the royal author said: “It was such a shame.

“It was described to me as ‘civil’ which is palace courtier for what the rest of us would refer to as frosty.”

“You do wonder whether it could be their kind of gift to the Queen to make up somehow. But there’s been so much said – obviously, Oprah.” 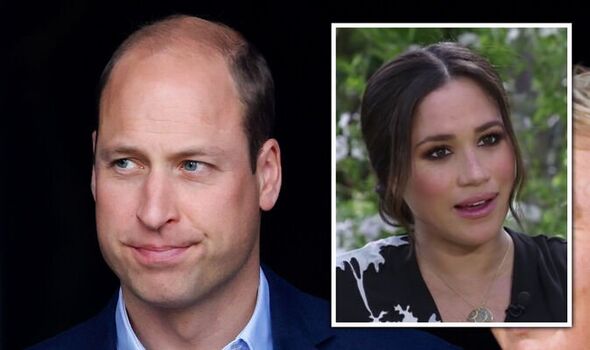 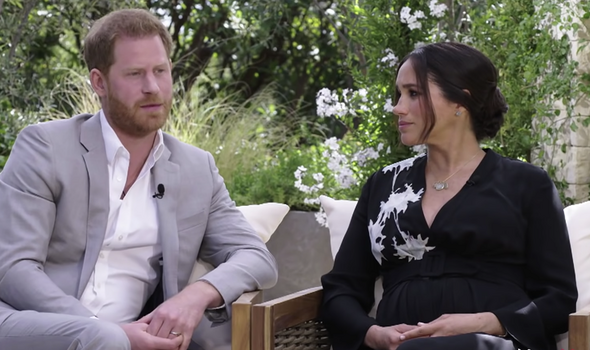 Harry and Meghan’s Jubilee visit marked their first return to the UK with their two children — three-year-old Archie Harrison and one-year-old Lilibet Diana — since they started new lives in Montecito, California.

It followed the couple’s bombshell interview with Oprah Winfrey in 2021, and Harry’s Invictus Games interview with NBC’s Hoda Kotb in April, during which he made ambiguous comments about the Queen’s protection.

The Duke’s relationship with his brother is understood to have been especially strained, with William reportedly being “deeply saddened” by the Sussexes’ sit-down with Oprah.

Until the Jubilee, Harry and William had not seen each other since they unveiled a statue in tribute to their late mother Diana, Princess of Wales.

Tina said rifts are because ‘there’s been so much said – obviously, Oprah’ (Image: CBS)

It comes after a royal insider claimed the Queen did not want a Buckingham Palace investigation into bullying claims made by royal staff against Meghan made public.

The investigation was launched by Buckingham Palace in March 2021, after it was alleged the duchess drove out two personal assistants. It was also claimed that staff were “humiliated” on several occasions.

Her lawyers denied the allegations when they were made, and a spokesperson for the Sussexes previously called the accusations a “calculated smear campaign”.

The source claimed the monarch feels there has been “enough drama” surrounding the Duke and Duchess of Sussex.

The source told Vanity Fair: “It was damage limitation, protecting the royal family and also the Duchess of Sussex.

“The Queen feels there has been enough drama around the Sussexes, and she wants a line to be drawn.”

Meanwhile, Duncan Larcombe, the former royal editor for the Sun told the Daily Beast last month: “If William wants to be a future king, a great leader giving inspiring addresses about the environment to two billion people, then the public are within their rights to expect him to be able to sort out a  dispute with his brother. He has to start showing some leadership here.

“Eventually, William will have to pick up the phone. Harry doesn’t have to; he can just be a polo player with a gorgeous wife.”