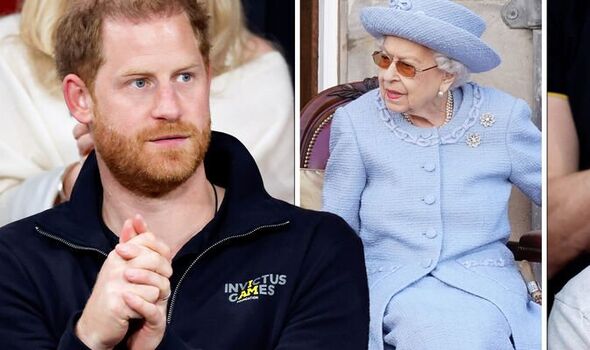 In an interview with Palace Confidential, Rebecca English claimed the Royal Family want to “keep the peace” with the Duke and Duchess of Sussex. Ms English said: “There’s been a suggestion made to me that the palace have really done this because they don’t want to poke the bear that is Harry and Meghan.” She continued: “I suspect the Palace are willing to take a flurry of bad headlines and television reports on the chin over the next few days in the hope that after that, the whole issue will quietly wither away.” “I’ve never been at a briefing in my 20-plus years of reporting experience where something has been so comprehensively swept under the carpet.”

The Queen told her most trusted staff that she was relieved Meghan Markle didn’t attend Prince Philip’s funeral, a bombshell new book has claimed.

In the book, ‘Revenge: Meghan, Harry and the war between the Windsors’, author Tom Bower alleges the monarch told her aides on the day of the funeral: “Thank goodness.”

Philip’s funeral on April 17, 2021 was just a month after Prince Harry and his wife Meghan Markle sat down with chat show host Oprah Winfrey for a sensational interview that sent shockwaves through the Royal Family.

In his book, Mr Bower claimed the Queen made the observation about Meghan at Windsor as she prepared to travel to St George’s Chapel for the service.

Meghan remained in the US for the funeral, possibly due to being heavily pregnant at the time.

Kate and William have been urged to keep their kids out of the public eye, according to a new poll of Express.co.uk readers.

The Royal Round-Up poll asked: “Should the Cambridge children be made a fixture in the Wimbledon Royal Box?”

Approximately 46 percent said yes, compared to 53 percent who said no.

Responding to the poll, Daily Express royal correspondent Richard Palmer said: “That is interesting, isn’t it?

“Maybe people feel they should be allowed to enjoy their childhood and not be subjected to the attention of the public and the cameras.”

Prince George cheekily broke a royal rule whilst at Wimbledon, a commentator has claimed.

Discussing the rule break, Daily Express royal correspondent Richard Palmer said: “Somebody shouted out to George about who he wanted to win [the match].

“He [George] appears to say he wanted Djokovic to win.”

It is well documented that in many areas, particularly politics, the royals have to hold a neutral stance, and it appears that their opinions at sports matches uphold the same rule.

Mr Palmer added that, as royals, they “aren’t supposed to really do that”. 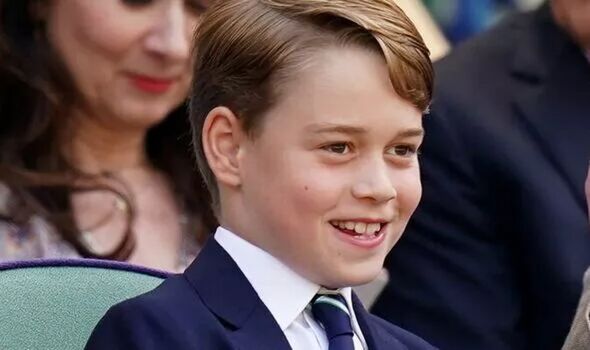