It has been claimed that Prince William and Kate, Duchess of Cambridge, could join Prince Charles and Camilla, Duchess of Cornwall, during their reign as a result of their popularity among younger generations. The Daily Mail’s Diary Editor Richard Eden claimed that the future of the Firm could be in trouble if Charles reigns alone.

He told Palace Confidential, on MailPlus: “The public just isn’t very interested in Charles and Camilla and that is a problem.

“For an institution that relies on the public’s support, I think that’s a genuine problem and why we will see a sort of joint reign with William and Catherine.”

A joint reign could allow Charles to enjoy retirement and William to spend time with his young family.

In response, Express.co.uk ran a poll from 11am on Friday, July 22, to midday on Sunday, July 24, asking readers: “Should Charles and William conduct a joint reign?” 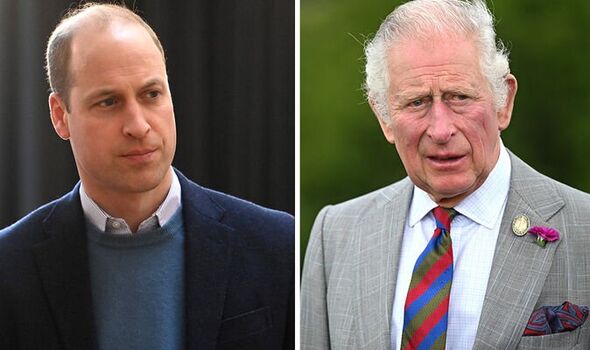 A further two percent (34 people) said they did not know either way.

Dozens of readers shared their thoughts on the future of the Royal Family in the comments below the accompanying article. 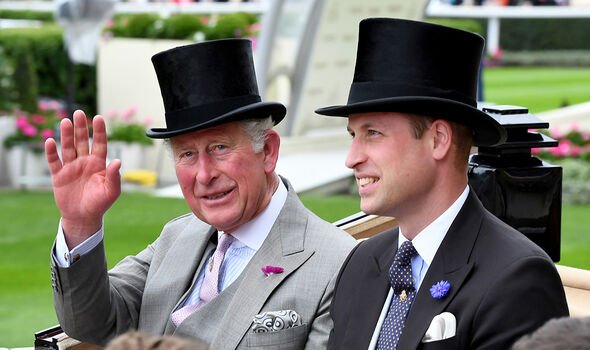 Prince Charles and Prince William are first and second in line to the throne (Image: Anwar Hussein/Getty)

Some readers suggested that a joint monarchy should be considered as William and Charles could support each other.

Username Anna Sozzlebry said: “It’s certainly something to think about.

“It depends what William and Catherine think about it, they might want to hang back until Prince George reaches his teens.”

And username Gail54 said: “I think it’s a wonderful idea as Charles is getting on. Together they will be wonderful as one, I’m sure”

However, other readers argued that this was against the line of succession and would not be a feasible concept.

Username Goldielover said: “No. The succession doesn’t work like that. This wokeism needs to be stopped.”

Another, username Wokehater, said: “It is Charles’s right to reign next, leave it at that.”

William and Charles have stepped up together to support the Queen as her age and mobility issues have caused her to miss out on appearances in recent months.

Some readers suggested that William could support his father as King without being a joint monarch.

Username JIMHO said: “I think William would do a great job now. But first, it is Charles’s time, he has been heir in waiting a very long time.”

And username petitprintemps said: “No, Prince Charles and Prince William have different styles. Let William support Charles for now until his turn . Prince William is not in a hurry to take the crown.

Yet some readers said that Charles should step aside and give William the throne.

Username Gandalf The Grey said: “No. Charles should step aside for William.”

Another, username Rick Smith wrote: “No, Charles should step aside for the sake of the monarchy.”

Royal expert Jennie Bond dismissed this idea earlier this year claiming there is “no chance” William will become King and not Charles.

She said that Charles is the “best-trained monarch we’ve ever had” and he “wants the top job”.

She added: “Suggestions that the crown should skip a generation are well, well out.”