Kate Middleton, 40, employs a nanny from the Norland College for her children Prince George, Princess Charlotte and Prince Louis. However, the Duchess of Cambridge’s nanny is not allowed to use a certain word. What is it? Looking after a group of children can be hard work, therefore it is handy for Prince William and Kate Middleton that their nanny is always on hand to help out.

Maria Teresa Turrion Borrallo has been the nanny to the young royals since 2014 when she was hired to help care for baby Prince George, now nine years old.

Ms Borrallo has been with the family ever since, caring for Princess Charlotte, seven, and Prince Louis, four.

She trained at the country’s prestigious Norland College in Bath, whose website reads: “Norland offers world-class training to those aspiring to be the very best professional childcare practitioners.”

But there are some other rules Maria has to follow as George, Charlotte and Louis’ nanny. 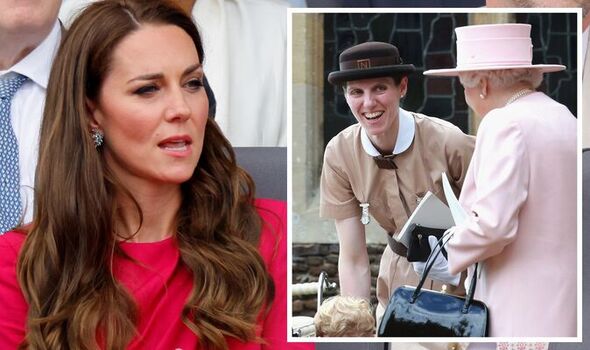 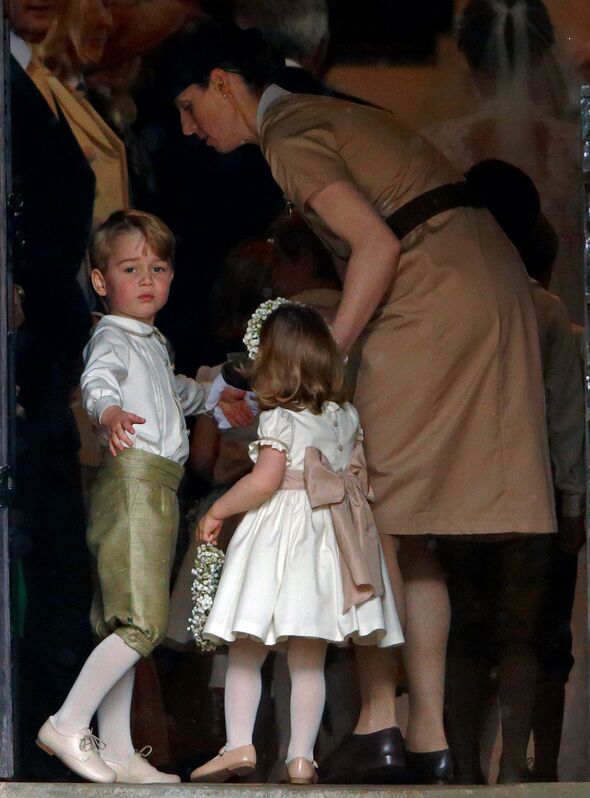 Kate’s Norland nanny has been with the Cambridges since 2014 (Image: GETTY)

It turns out there is a particular word she’s “banned” from saying to the children.

According to author Louise Heren, who spent a year at Norland College researching for a documentary, the students are taught to never say “kids”.

The young royals are said to always be referred to as “children” or by their names.

“The word ‘kid’ is banned. It’s a mark of respect for the children as individuals,” Louise told The Mirror.

The author said this is a firm rule at the college, so it’s highly likely Maria also puts it into action with the youngsters.

Louenna Hood is another ‘Norland nanny’ who trained at Norland College and previously spoke to Express.co.uk about why Norland College is the best place to train as a nanny and offers top-quality childcare.

Louenna said: “Norland College is a really tough course and I think you have to really want to be a nanny to finish the course.

“It shows childcare is really your passion and I personally I do not think there is another course like it in the world. 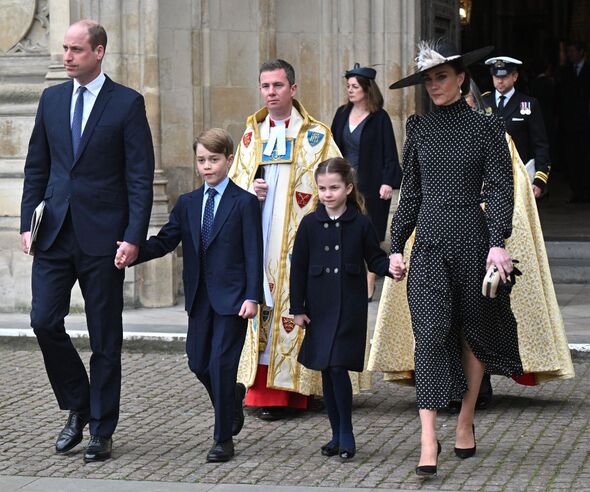 Kate is often praised for her parenting techniques (Image: GETTY)

“I actually went to university after my A-Levels do Early Childhood Studies and I always knew that I wanted to be a nanny, but there is no practical training side to it at university at all.

“So that is why I switched to Norland College because you get that practical side throughout your whole training there, so it perfectly sets you up.

“When I was there a lot of the lecturers there were ‘Norlanders’ themselves so they had all the experience and I loved learning from them.

“It offers such an all-around curriculum because as a nanny you are cooking and doing things that are really important, and no other childcare courses cover all of that.”

Kate Middleton has been massively praised by many parenting experts who appreciate her mothering skills, for example bending down to a child’s level to talk to them, and interacting with them positively.

George, Charlotte, and Louis will undoubtedly benefit from their parents’ style of parenting, with the bonus of having a Norland nanny inside the house helping to raise the little ones.

Louenna added: “99 percent of people have a baby and have probably never held a baby before.

“So if you have someone like me who is trained and has done it so many times before, just having that guiding hand is going to be really helpful.

“No matter who I have worked for, all they want is the very best for their child and yet until they have actually done it, they do not know how to do what’s best.

“So I would say having a guiding hand like a Norland nanny is super useful even if it is just to be on the end of the phone to answer a few questions.”