Peter Hunt, a former correspondent and presenter, wrote on Twitter: “A royal calling out racism – Prince William at the unveiling of a national monument to the Windrush generation.” Users were quick to share their thoughts, with one person, under the name FaithfulRadical, writing: “The irony”.

It comes after the Duke and Duchess of Sussex made claims during their controversial interview with Oprah in March 2021 that Meghan had been subjected to racism while living in the UK.

The pair moved to California last year to start new lives after stepping down as senior royals.

During the interview, that received worldwide attention, Meghan claimed “several conversations” happened within the Royal Family about how dark their baby, Archie’s skin, might be.

She said: “In those months when I was pregnant [there were] concerns and conversations about how dark his skin might be when he was born.” 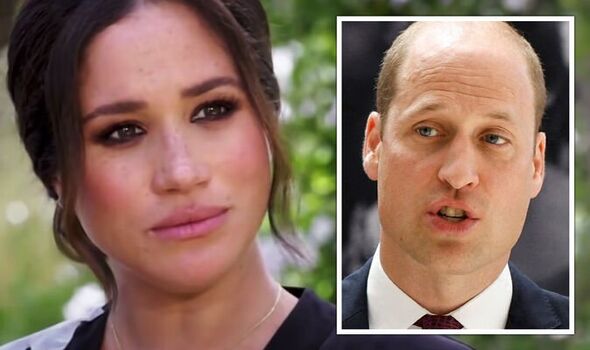 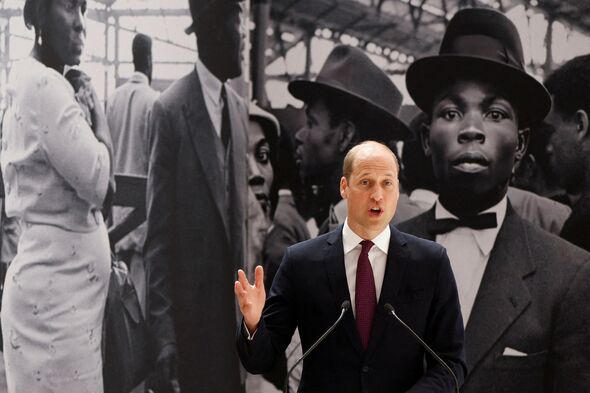 The Duke said racism remains ‘all too familiar’ for black people (Image: Getty)

The Duchess told how the comments were made to husband Prince Harry, with the pair refusing to name who said it.

Harry continued: “That conversation, I am never going to share. At the time it was awkward, I was a bit shocked.”

Prince William spoke at the unveiling today, as he and Kate Middleton attended the event.

The Duke of Cambridge said racism remains “all too familiar” for black people in the UK. 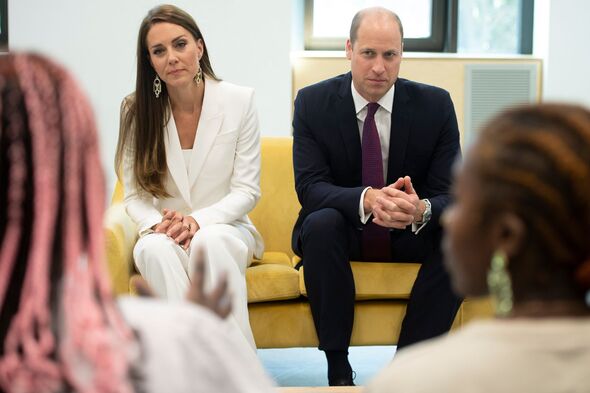 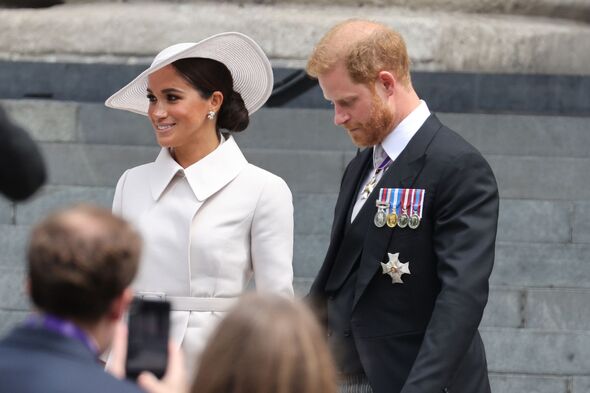 The Duke and Duchess of Sussex made racism allegations on Oprah last March (Image: Getty)

He added black people are still facing racism and discrimination in modern-day Britain.

The unveiling of the 12ft statue, showing a man, woman and child in their Sunday best standing on top of suitcases, was unveiled to mark Windrush Day.

The Duke and Duchess attended to help celebrate the dreams and courage of the Windrush generation who came to Britain to help the nation rebuild after the Second World War.

William talked about how the nation would be poorer without their efforts and how he and Kate had learned a lot on their recent tour of the Caribbean.

He added: “We know without question that the Windrush generation has made our culture richer, our services stronger, and our fellow countrymen safer.

“Sadly, that is also the case for members of the Windrush generation who were victims of racism when they arrived here, and discrimination remains an all too familiar experience for Black men and women in Britain in 2022. Only a matter of years ago, tens of thousands of that generation were profoundly wronged by the Windrush scandal. That rightly reverberates throughout the Caribbean community here in the UK as well as many in the Caribbean nations.

“Therefore, alongside celebrating the diverse fabric of our families, our communities and our society as a whole – something the Windrush generation has contributed so much to – it is also important to acknowledge the ways in which the future they sought and deserved has yet to come to pass. Diversity is what makes us strong, and it is what reflects the modern, outward-looking values that are so important to our country.”

Buckingham Palace previously said the claim was “concerning” but it would be addressed privately.

In a statement, the Palace said “recollections may vary” but that the Sussexes would “always be much-loved family members”.