The Cambridges shared a heart-warming photograph with his three children to celebrate Father’s Day on Sunday, June 19. It shows a relaxed Prince William carrying his youngest son, Prince Louis, on his shoulders, with his arms around Prince George and Princess Charlotte.

The picture was taken during a family holiday in Jordan in 2021 and captures the four mid-laughter against a rocky landscape.

Sharing the photo on Twitter, the duke and duchess wished a Happy Father’s Day to the world’s fathers and grandfathers.

Eagle-eyed royal fans pointed out the stark similarities between the young Prince Louis and his maternal grandfather, Michael Middleton.

Fans took to Twitter to point out the resemblance borne by the youngest Cambridge, who captured the nation’s heart with his cheeky antics during the Platinum Jubilee celebrations earlier this month.

It is not the first time fans pointed out the resemblance of the youngest Cambridge to the Duchess of Cambridge’s father. 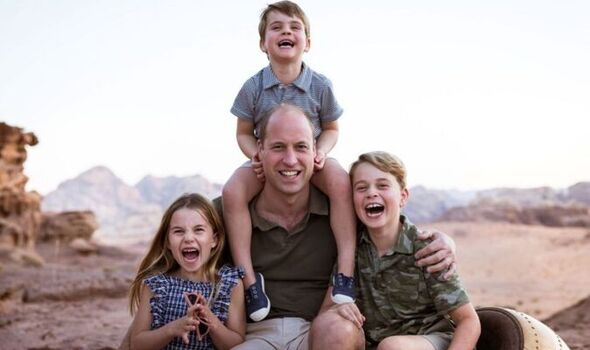 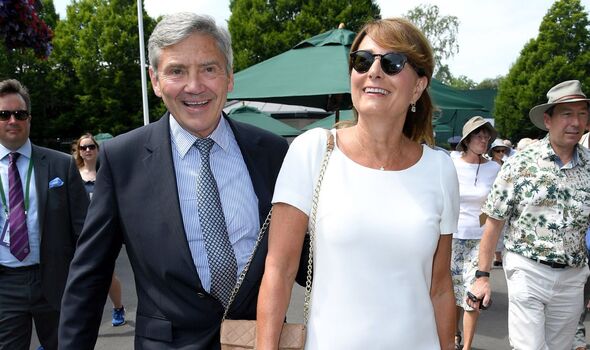 Royal fans have pointed out the resemblance between Prince Louis and Michael Middleton. (Image: GETTY)

When the Palace released photos of Prince Louis to commemorate his fourth birthday earlier this year, some royal fans immediately saw the similarities between him and Mr Middleton.

The latest family photo was released ahead of Prince William’s 40th birthday on Tuesday.

The Cambridges used a similar photo taken during their trip to Jordan in autumn 2021 for their official Christmas card last year.

The Duchess of Cambridge lived in Jordan for three years as a child when her father worked for British Airways in Amman. 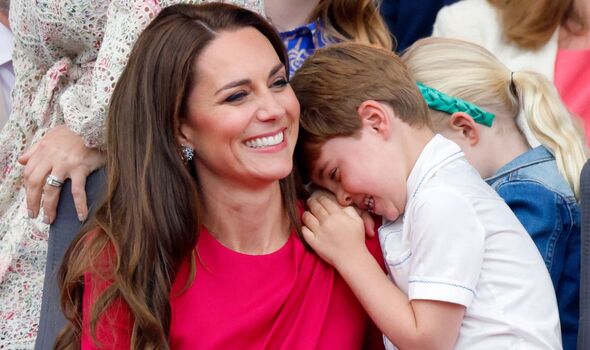 The youngest Cambridge delighted royal fans with his antics at the Platinum Jubilee. (Image: GETTY) 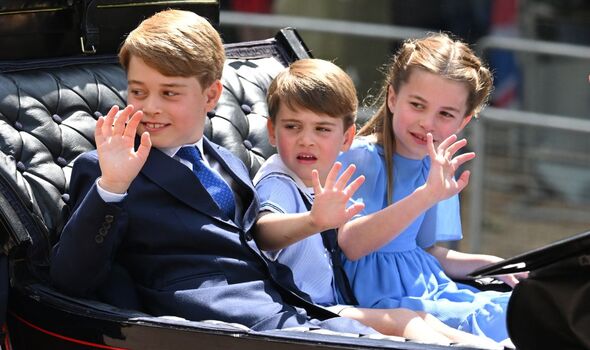 Prince Louis’ likeness to his grandfather Michael Middleton has been pointed out before. (Image: GETTY)

Buckingham Palace also released a photo of the Queen with her father King George VI in 1946 in a Father’s Day tribute to royal fans.

The photograph shared on Twitter shows a 20-year-old Queen Elizabeth laughing with her father as they walk among flowerbeds.

It was taken six years before the King’s death and Elizabeth’s ascension to the throne.

Marking the 70th anniversary of the start of her reign, the Queen said earlier this year that “even after 70 years, I still remember [the day] as much for the death of my father”.

Clarence House released images showing the Prince of Wales playing with a young William and Harry, with his late father Prince Philip, and his wife Camilla with her late father, Major Bruce Shand. 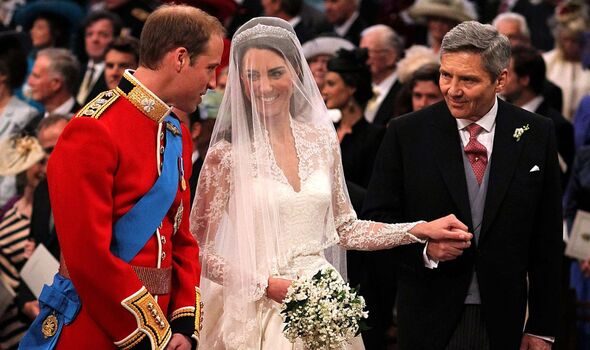 Michael Middleton at the wedding of his daughter Kate and Prince William, 2011. (Image: GETTY)

The Duke and Duchess of Cambridge are reportedly due to move their young family to Windsor this summer, marking a new era of the royal court.

The family are set to move into Adelaide Cottage, closest to the Queen’s Windsor Castle home.

It is due to take place before Prince George, eight, Princess Charlotte, seven, and Prince Louis, four, start a new school in September.

The decision comes after the family reportedly considered a range of living arrangements for the next stage of their lives, with all three children in full-time school for years to come.

It will take them closer to the Duchess’s family in Bucklebury, Berkshire, as well as within walking distance of the Queen.

It will also allow Prince William to keep in close contact with his grandmother and her staff, with her private secretary and closest aides working from the castle.