A royal editor has slammed the comments as fans rally around the royals and call for the interference of television regulator Ofcom and the rest of the family over the derogatory and pointless comments. The remark arose after reports that the Sussex’s have been invited to appear on the famed Buckingham Palace balcony for the Queen’s Platinum Jubilee.

In an interview with TODAY Harry spoke of his visit to the Queen last week: “It was just so nice to see her you know, she’s on great form, she’s always got a great sense of humour with me and I’m making sure she’s protected and got the right people around her.”

Panellists on GB News then made comments about the Netflix camera crew seen following the royals in the Netherlands at the Invictus Games and David Mellor suggested “the Queen becomes important to him only because he has to see the Queen for his credibility on Netflix”.

Host Eamonn Holmes then added: “Yes, gotta be photographed, gotta be on that balcony. 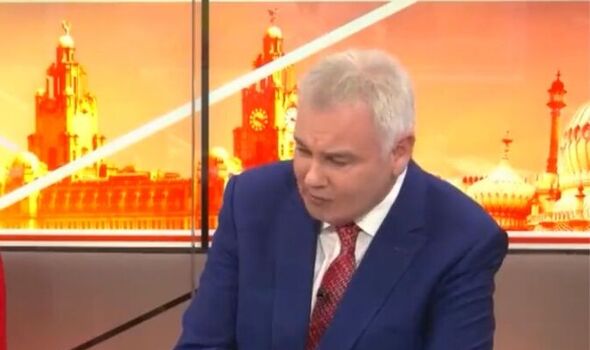 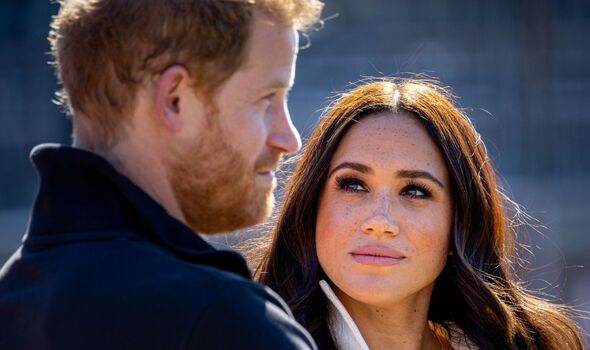 Fans of the Sussex’s said Ofcom and the Royal Family should get involved (Image: Getty)

“He’s bringing a book out where he’s slagging off Camilla [Parker-Bowles] and maybe William and his father.”

He then added: “How on earth- why wouldn’t they throw him over the balcony and her [Meghan Markle] with him?”

Mr Holmes then later referred to Ms Markle as “Pinnochio” in another dig at the royal. 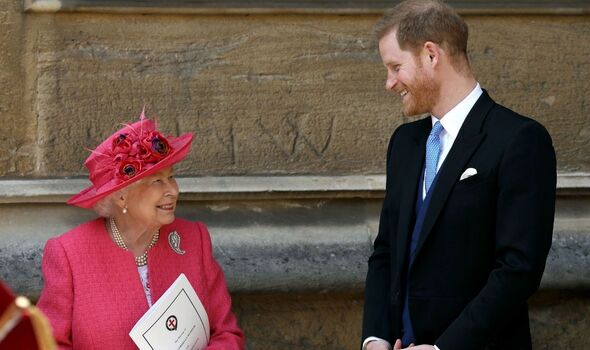 Prince Harry praised the Queen and their relationship (Image: Getty)

He tweeted: “Everyone is entitled to an opinion, especially on an interview made for public consumption.

“But you know what isn’t acceptable?

“Vile ‘commentary’ that only serves to incite violence and hate.

“Why do they take anything said by Harry and Meghan so personally?”

Another stated: “Another opportunity, on top of the hundreds of others they’ve had, for the Royal Family to state clearly that abusive and offensive comments targeted at Harry and Meghan have crossed the line.