Only working members of the Royal Family have received approval from the Queen to appear on the Buckingham Palace balcony for Trooping the Colour this year. Only three of the Queen’s grandchildren, Prince William, Lady Louise Windsor and James, Viscount Severn, will subsequently appear alongside the monarch for the major Platinum Jubilee event. Nevertheless, the Queen is known to be incredibly close to all of her grandchildren, and each has expressed their admiration for the monarch in the past. Express.co.uk takes a look back at the Queen’s relationship with Prince Harry, Peter Phillips, Zara Tindall, Princess Beatrice and Princess Eugenie.

The Queen and Prince Harry have a very close relationship, and the Duke of Sussex recently touched upon his close bond with the Queen in an interview with NBC’s TODAY.

He told host Hoda Kotb of his favourite thing about the Queen: “Her sense of humour and her ability to see the humour in so many different things.

“We have a really special relationship. We talk about things that she can’t talk about with anybody else, so that is always a nice peace to her.” 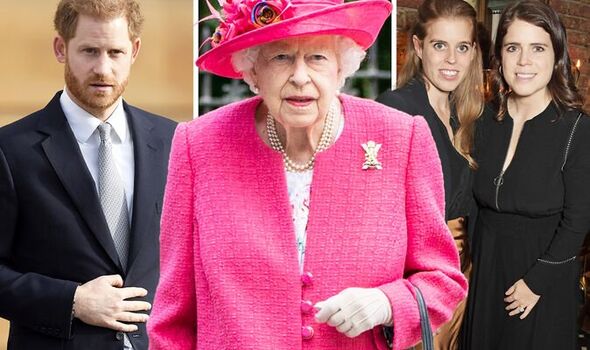 Inside Queen’s relationship with her five balcony-snubbed grandchildren (Image: GETTY) 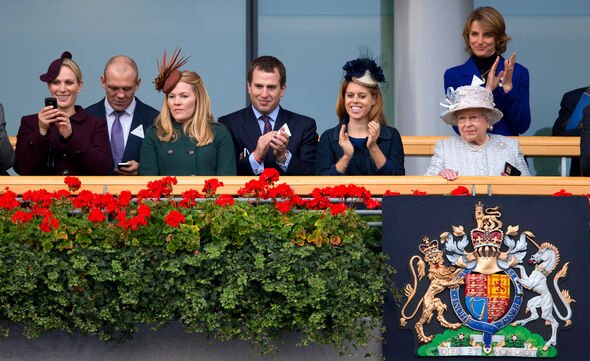 The Queen is known to adore all eight of her grandchildren (Image: GETTY)

Upon the birth of his daughter last year, Harry and his wife Meghan Markle paid the ultimate tribute to the Queen by naming their baby girl Lilibet after the Queen’s childhood nickname.

The Queen is known to keep her feelings close to her chest, but she referenced her love for Harry when it was agreed the Sussexes would leave their working royal roles behind in 2020.

A statement from the monarch read: “Following many months of conversations and more recent discussions, I am pleased that together we have found a constructive and supportive way forward for my grandson and his family.

“Harry, Meghan and Archie will always be much loved members of my family.” 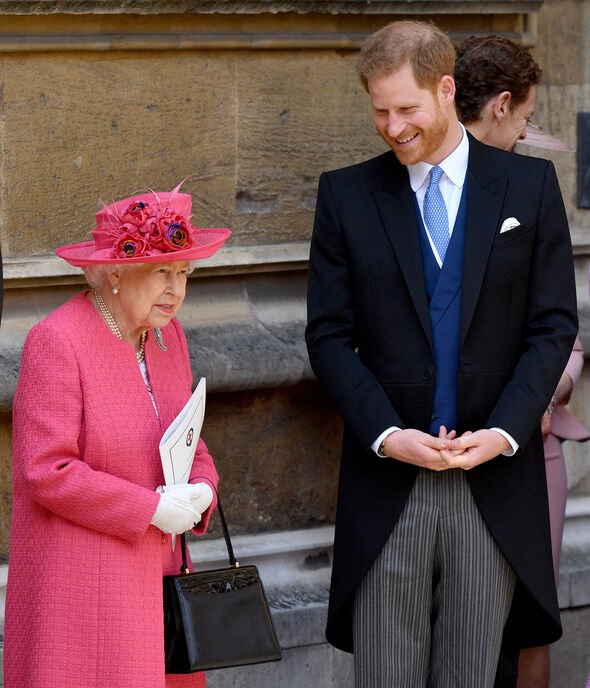 The York sisters have a very close bond with their grandmother, and Princess Beatrice once described the Queen as her “role model”. Beatrice previously said in a HELLO! interview: “I have two role models, my mother and my grandmother.

“They are both formidable women. I think having female role models is incredibly important and I am very lucky that I happen to be related to these two incredible women.”

Beatrice even gave her baby daughter Sienna the middle name Elizabeth upon her birth in September 2021.

The Queen’s reciprocated love for Beatrice was evident when her granddaughter’s wedding plans were disrupted due to Covid. The Queen lent her an iconic Norman Hartnell dress she had previously worn to the premiere of Lawrence of Arabia in Leicester Square in 1962, which was altered and worn by Beatrice on her big day. 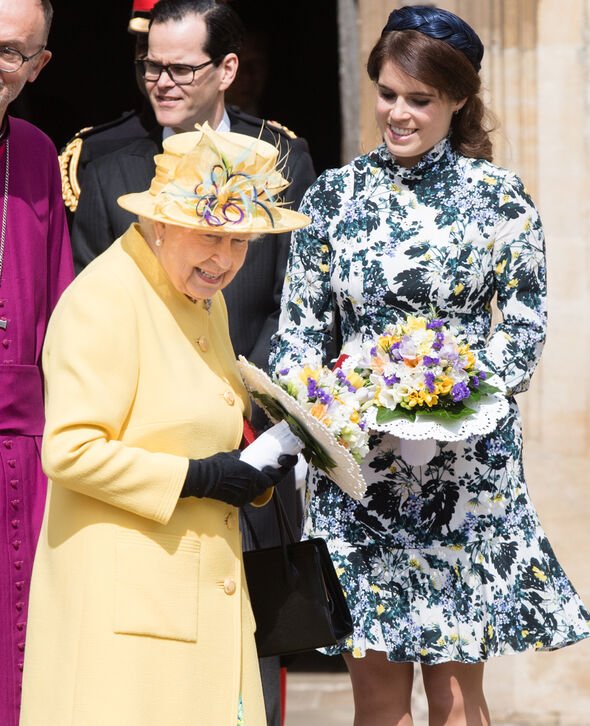 The Queen traditionally lends all royal brides a tiara from her personal collection for their big day. But in Beatrice’s case, the Queen lent her Queen Mary’s Fringe Tiara, the same diadem she wore herself to marry Prince Philip in 1947.

Only one royal, the Queen’s only daughter Princess Anne, had been granted the same royal wedding honour in 1973 before Beatrice in 2020.

Princess Eugenie is also incredibly close to the Queen, and she often travels to accompany the Queen at royal events like Ascot or on holiday at Balmoral.

On her 96th birthday earlier this year, Eugenie paid tribute to the Queen on Instagram, penning: “Happy 96th Birthday Granny! You have been such an inspiration to me and so many across the world. Thank you for your support, love and strength. Xx.”

The Queen’s eldest grandchildren, Peter Phillips and Zara Tindall, largely keep out of the royal spotlight, but they are known to be close to their grandmother.

Like her grandmother and mother Princess Anne, Zara is known for her adoration of horses and she has a successful career as an equestrian.

Zara and the Queen often appear at equestrian events together, and they are thought to have a close bond over their love of the animals and racing in general.

Body language expert Judi James previously told Express.co.uk: “It’s pretty clear from the Queen’s body language that she adores Zara and that, importantly, she feels super-comfortable in her presence.”

Some reports have indicated that Zara’s older brother Peter Phillips is the Queen’s “favourite” grandson, and he regularly appears at Trooping the Colour and other royal events too.