Former Olympian Melanie Marshall met Prince William as she picked up her MBE at Windsor Castle on Tuesday. Afterwards, she revealed they discussed swimming and how George, eight, Charlotte, six, and three-year-old Louis enjoy the sport.

Ms Marshall offered to train the young royals if they want to be future Olympians when they are older.

She said: “We talked about swimming, his kids are really into swimming.

“I’ve said to him, when they’re old enough I’m more than happy to take them on the Olympic journey, keep them going, and I look forward to seeing them when they’re 18.”

The former swimmer, who won medals for Team GB from 2001 to 2008, retired after the Beijing Olympics, and later became head coach at a club in Derby. 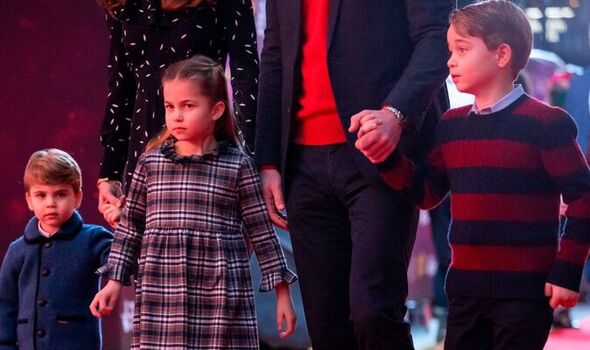 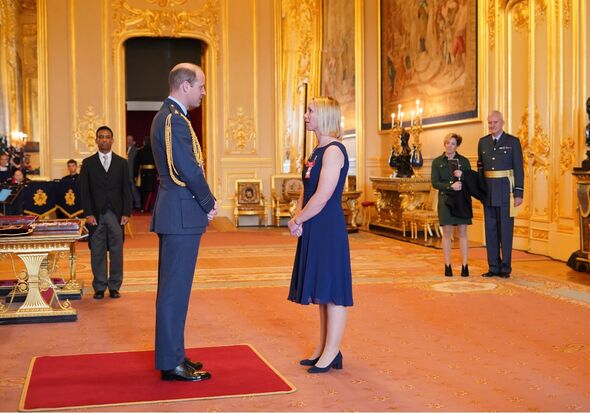 She coached Mr Peaty to become the first British swimmer to retain an Olympic title in the final of the men’s 100m breaststroke, claiming his country’s first gold medal at Tokyo 2020.

Ms Marshall said swimming or any physical activity is “really important” for young people to take up in an increasingly “sedentary lifestyle”.

Speaking about female coaches in sport, she added: “I’d like to see a female coach in the NFL or the Premier League, that would be great.

“We’ve got to see it in the next century, we need to be working towards a place whereby we’re given a platform to be able to do that. 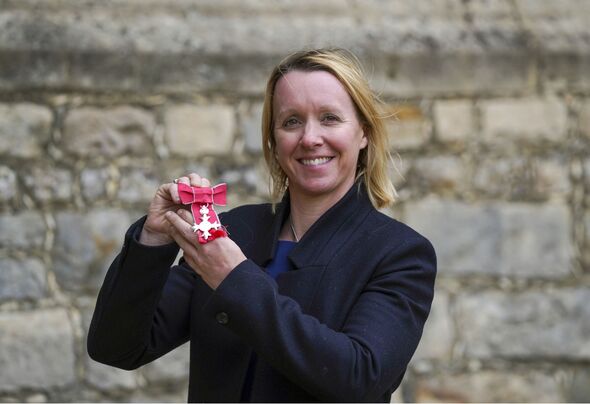 “It isn’t about gender, it’s about capabilities, and I back that women have great capabilities we should be seeing.”

Ms Marshall described collecting her MBE as “fabulous” and a “real celebration” of her family and friends.

Kate and William are known for being sporty and their competitive natures.

The couple have no doubt passed on their love of sport and competitiveness to their three children. 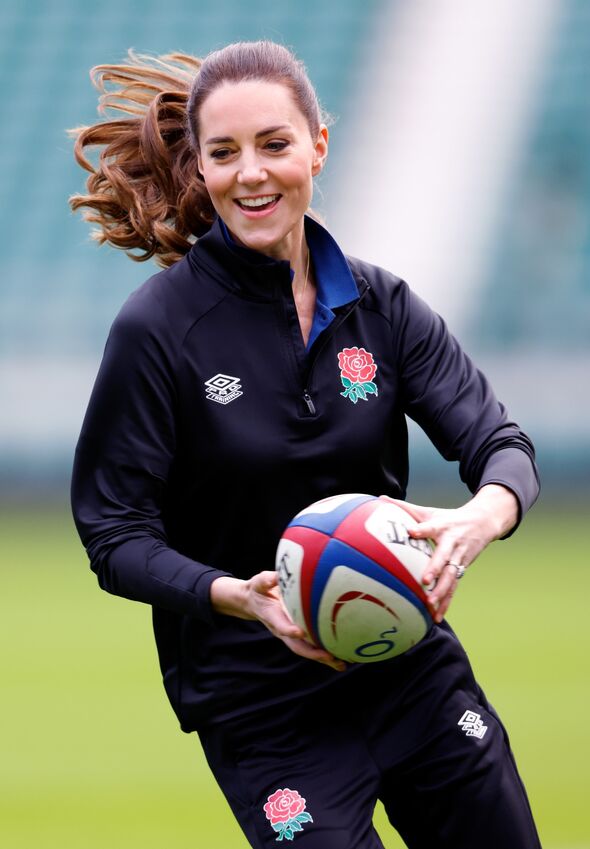 Kate and William are known for being sporty and their competitive natures (Image: GETTY)

Kate revealed they are also fans of rugby when she attended an England training session earlier this month.

The mother-of-three said George plays the sport at school and little Louis likes to be in the “middle of everything”.

She described how George takes part in both rugby and netball with girls and boys at Thomas’s Battersea, adding: “Now that there is a move towards co-ed sport, so it’s not just girls playing netball, but other sports like rugby, which is great.”

The Duchess added of her youngsters’ love of rugby: “They’re all enjoying it, Louis is kamikaze, we’re worrying about when he gets older, he’ll be in the middle of everything.”