Speaking last month, Charles revealed he had planted a wood for his grandson George, eight. From the Queen’s Balmoral estate, Charles said he turned a field no longer being used by a neighbouring farm into an arboretum. Since the Prince of Wales started planting the trees in 2013, he decided to name it after his eldest grandson, who was born the same year.

He said: “The great thing was I managed to plant it the same year that my grandson was born.

“So I thought I’d call it Prince George’s Wood.

“It is really for autumn colour and a bit of spring, but autumn is the magic up here.

“So finding all the trees and shrubs that turn an interesting colour is half the battle.” 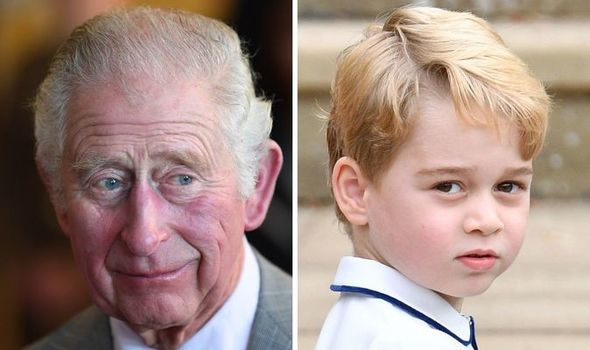 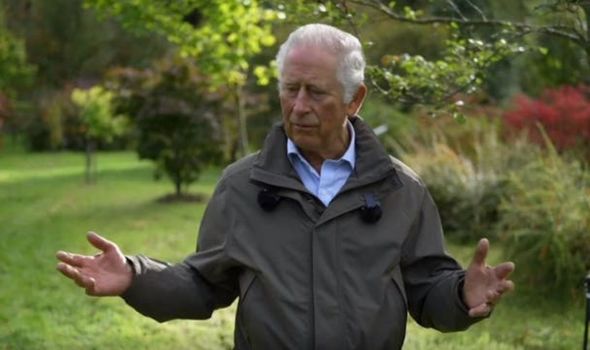 Prince Charles spoke to the BBC about the environment (Image: Getty)

Speaking last month, royal commentators Ms Forsey and Mr Myers lauded the prince for his “impressive present” to his grandson.

When asked about Charles’ BBC interview, Mr Myers said: “He was walking through Prince George’s woods. He’s essentially planted these woods for him.”

Zoey Forsey continued: “That was a really nice little insight, wasn’t it? 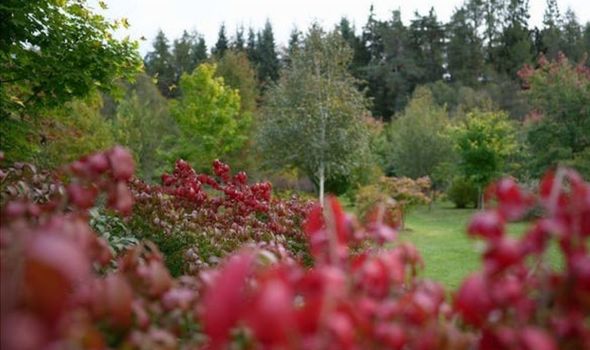 “He said they had a spare field that the farm didn’t need anymore, as you do.

“He was planting it up and decided to make it a very impressive present to Prince George, and named it Prince George’s Wood.

“He said, which is really lovely, ‘I just hope he appreciates it one day’.

“It’s very much a family thing, he’s going through the generations.” 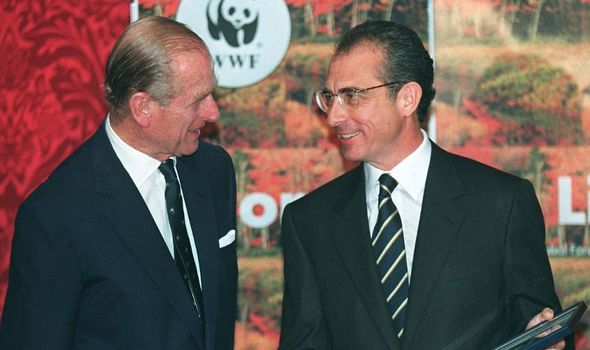 Prince Philip also played a huge role in bringing environmental problems to the fore when they were rarely talked about.

Philip was even involved in the founding of the WWF in 1961, and became president of the organisation’s UK branch.

When speaking about Prince George’s Wood, Mr Myers joked: “He’s probably going to have more than one wood to worry about, I think they have a few million acres to worry about.”

The royal commentator then added: “It is an absolutely beautiful place. 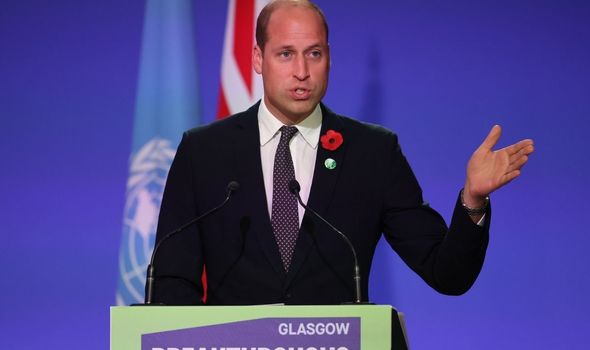 William’s environmental work has been inspired by his father (Image: Getty)

“He called it ‘an old man’s obsession.’

“But I think he’s got quite a lot of passions [and is] perhaps putting himself down, because it was an absolutely beautiful, beautiful place.”

Like his late father, Philip, Charles has been a passionate environmentalist for most of his life and earlier this month warned the COP26 climate conference that a “war-like footing” was needed to tackle the climate crisis.

Speaking at the opening ceremony of the Glasgow conference, the Prince of Wales called for a “vast military-style campaign” to channel the resources of the world’s private sector and address global warming.

Charles’ dedication to raising awareness for environmental causes has rubbed off on his son Prince William, who also gave a rallying speech at COP26 and last month launched the inaugural Earthshot Prize.

The prize, set up by the Duke of Cambridge and Sir David Attenbourough, awards five individuals £1 million for innovations designed to tackle climate change.

William admitted in an interview with the BBC’s Newscast in October that Charles had spoken to his children about climate change “very early on” and inspired the Duke of Cambridge to action.

It seems that perhaps the Prince of Wales is also looking to inspire William’s eight-year-old son George, to appreciate the natural world.

To subscribe to Pod Save The Queen go to your normal podcast provider.