The senior royal used her platform as an ambassador of the Blue Marine Foundation to hail the ocean as “the best natural solution we have to climate change on the planet”. Eugenie – who gave birth to her first child August in February – co-wrote a piece for upmarket Spear’s Magazine with Clare Brook, CEO of Blue Marine Foundation.

In it, Prince Andrew’s eldest daughter praised the work being done on Ascension Island – a United Kingdom overseas territory that lies 1,000 miles off the coast of Africa.

The volcanic island is just 88 square kilometres in size and has a population of around 800 people.

Despite its tiny size, the island is home to a potentially groundbreaking initiative to protect the planet’s oceans.

It is supported by Blue Marine Foundation and its Great British Oceans Coalition partners and aims to protect 99.5 percent of the island’s waters shows how marine habitats can be successfully restored to health. 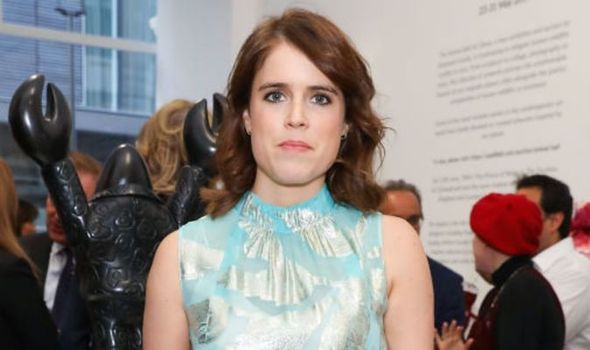 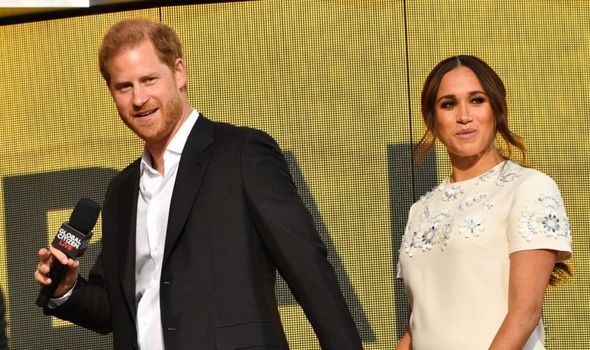 In their piece, the pair wrote: “If the rest of the world were to follow Ascension’s example, we could see fish stocks recovering and carbon-absorbing habitats reviving within a few years – all with the potential to mitigate climate change.

“There is only one ocean. The challenges it faces are sadly man-made and most can be turned around if we act now.

“If we work together to protect it, the ocean will protect us – in perpetuity.”

The Duke and Duchess of Sussex visited the UN headquarters to speak with deputy secretary-general Amina Mohammed.

After the meeting Ms Mohammed said they discussed “how to engage on issues we care about deeply”, such as vaccine equity, climate action, the economic empowerment of women, youth engagement and mental wellbeing.

And last December the 36-year-old royal urged people to be more “like raindrops” in the fight against climate change.

Prince William has also urged the public to work to safeguard the planet’s safety with his Earthshot prize.

Launched last month, it sees 15 finalists in the running for the environmental prize, which recognises those coming up with creative solutions to the planet’s problems. Five winners will each scoop £1 million.

A close aide revealed the future king launched the prize so he could look his “children in the eye” and say he “did [his] bit” in the fight against climate change.

The trial is taking place on the Ascension Island (Image: Getty)

The article will appear in the special 15th-anniversary edition of Spear’s Magazine, which has been produced in partnership with Blue Marine Foundation.