Princess Beatrice’s daughter Sienna Elizabeth Mapelli Mozzi and Princess Eugenie’s son August Philip Hawke Brooksbank look set to be “brought together” by the small age gap dividing them as well as their mothers’ close bond, according to parenting experts. As the children’s births happened just a few months apart, Beatrice and Eugenie’s babies are to experience similar milestones, issues and adorable moments almost at the same time.

And, given Beatrice and Eugenie’s close bond, the sisters will likely spend a lot of time together with their newborn children.

This, expert Heidi Skudder said, will “inevitably bring the cousins together”.

The director of The Parent & Baby Coach and expert speaker at The Baby Show told Express.co.uk: “Growing up together with such a small age gap will inevitably bring the cousins together as Beatrice and Eugenie choose to spend time together in their free time.”

After explaining both Beatrice and Eugenie are to go through the same experiences when it comes to motherhood, which can sometimes be difficult, the expert added: “Post pandemic we are still seeing lower levels of support for new mothers as things start to slowly open back up again, so having each other to confide in and spend time with is going to be wonderful for the sisters and will strengthen the baby cousins relationships with each other.” 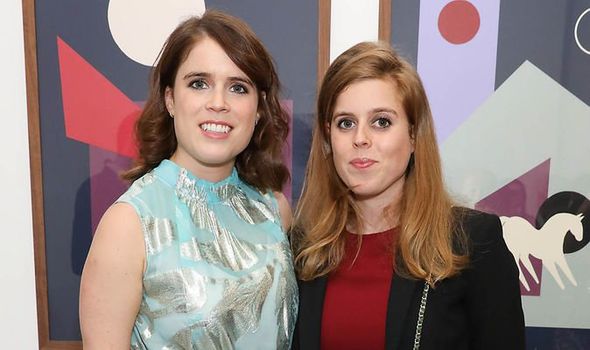 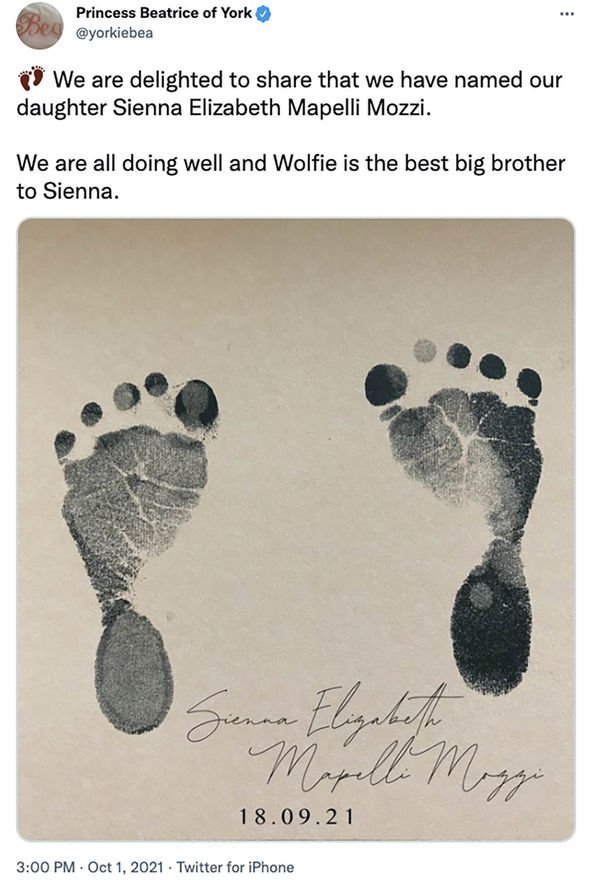 Princess Beatrice announced the name of her baby with this tweet (Image: PRINCESS BEATRICE/TWITTER)

Parenting expert Lucy Shrimpton also believes Sienna and August’s age will have a positive impact on their bond.

Speaking about the children being so close in age, the founder of The Sleep Nanny told Express.co.uk: “This will undoubtedly have an impact on the bond between Eugenie’s son, August and Beatrice’s little girl.”

She added: “Being born within seven months of each other will mean the babies will be hitting the same milestones around the same time and will have lots in common throughout their lives.

“With playdates, plenty of family time, and the fact they have so much in common – August and his new cousin will probably begin to feel more like brother and sister after a while, creating an enviable bond which will hopefully serve them well for their whole lives, particularly lives thrust into the public eye as theirs are.”

Princess Eugenie’s son was born on February 9 at Portland Hospital in London.

He was introduced to the world a few days later, when the royal and her husband Jack Brooksbank shared a picture of their new family of three on Instagram.

Sienna was born at the Chelsea and Westminster Hospital on September 18, but her parents decided to announce the news to the public two days later.

On October 1, Beatrice and Edoardo Mapelli Mozzi shared with the public their baby’s name.

They named their daughter after the Italian city of Siena, as a tribute to Edoardo’s roots.

According to a source, the name also pays homage to her maternal grandmother, Sarah Ferguson.

Sienna’s second name, on the other hand, was clearly inspired by Queen Elizabeth II.

The baby, who is the monarch’s 12th great-grandchild, isn’t the first member of the Royal Family to honour the sovereign with her name.

The Olympian continued this tradition with her second child, whose full name is Lena Elizabeth.

Prince Edward and Sophie, Countess of Wessex, paid tribute to the Queen in a similar fashion when they named their daughter Lady Louise Alice Elizabeth Mary.

The York sisters during an event in London (Image: GETTY)

Among the Queen’s great-grandchildren named after her, there is Princess Charlotte, who also has the names Elizabeth and Diana.

Meghan and Prince Harry also paid tribute to the Queen when naming their daughter, as they called her using the sovereign’s moniker Lilibet.