Meghan, who welcomed Lilibet in June this year, said that although the couple were “overjoyed” with the birth of their first daughter, they struggled in this initial period. In a letter addressed to Nancy Pelosi, the Speaker of the US House of Representatives and the Majority Leader of the US Senate, she described how she did not face many of the dilemmas and difficulties many American parents face when looking after their children.

She told the US politicians that she counted herself lucky that the Duke and Duchess of Sussex “weren’t confronted with the harsh reality of either spending those first few critical months with [their] baby or going back to work.

She added: “We knew we could take her home, and in that vital (and sacred) stage, devote any and everything to our kids and to our family.

“We knew that by doing so we wouldn’t have to make impossible choices about childcare, work, and medical care that so many have to make every single day.”

In the letter, Meghan sheds her royal persona to advocate for paid leave for US parents, sharing her own experiences as a basis for her petition. 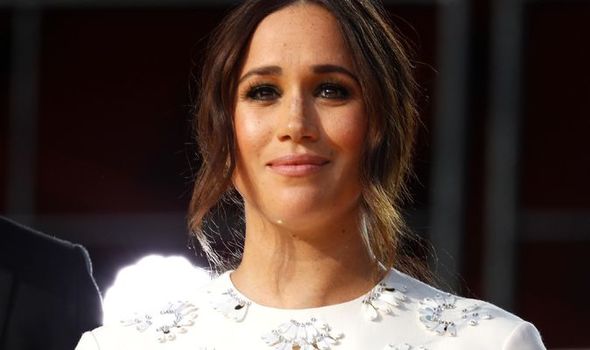 Meghan admitted she and Prince Harry were “overwhelmed” when Lilibet was born (Image: GEtty) 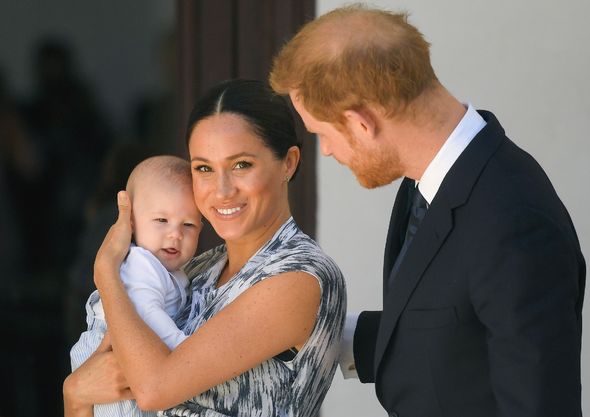 She said: “I am, like many, an engaged citizen and a parent.

“And because you and your congressional colleagues have a role in shaping family outcomes for generations to come, that’s why I’m writing to you at this deeply important time—as a mom—to advocate for paid leave.”

She spoke of the struggles of being a modern-day mother, arguing:
“The working mom or parent is facing the conflict of being present or being paid. The sacrifice of either comes at a great cost.”

She then recounted her own upbringing, calling on childhood memories and emotive anecdotes to make her point. 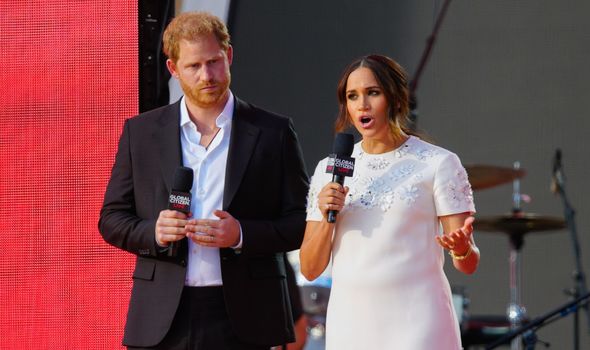 The Sussexes are parents to Archie, 2, and Lilibet, four months (Image: Getty)

She recalled: “I grew up on the $4.99 salad bar at Sizzler—it may have cost less back then (to be honest, I can’t remember)—but what I do remember was the feeling: I knew how hard my parents worked to afford this because even at five bucks, eating out was something special, and I felt lucky.”

She compared her life as a Duchess now to that which she knew as a teenager, writing: “I started working (at the local frozen yogurt shop) at the age of 13.

“I waited tables, babysat, and piecemealed jobs together to cover odds and ends.

“I worked all my life and saved when and where I could — but even that was a luxury — because usually it was about making ends meet and having enough to pay my rent and put gas in my car.” 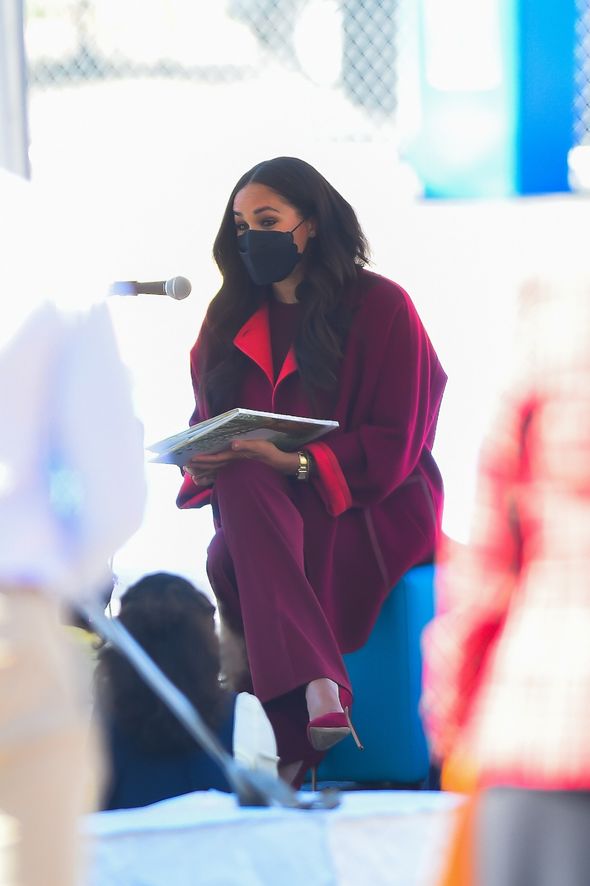 During the visit, Meghan addressed an audience of students, reading from her own book, The Bench (Image: Getty)

Meghan continued to say that although the issue of paid leave is not one that had only just materialised, the COVID-19 pandemic had brought it to the fore.

She said: “Over the past 20 months, the pandemic has exposed long-existing fault lines in our communities.

“At an alarming rate, millions of women dropped out of the workforce, staying home with their kids as schools and daycares were closed, and looking after loved ones full-time.”

In a recent trip to New York City, Meghan and Harry visited a school in Harlem to show their commitment to early literacy in younger children.

During the visit, Meghan addressed an audience of students, reading from her own book, The Bench, while Prince Harry sat cross-legged in the middle of the gathered pupils.

In a show of parental affection, she described how she had dedicated her book to “the man and the boy who make [her] heart go pump-pump”.

She fondly explained that the phrase “pump pump” had originated in an explanation to her son, Archie, of how the heart works in the body.