Andrew Bloch, branding expert and founder of Frank PR, told Fabulous: “Since moving to California and stepping down as working royals, Harry and Meghan have secured a number of lucrative business deals and personal endorsements which have seen their personal wealth rocket. I would estimate their combined net worth is circa £250million.

“They are really making the most of their newfound status, and their potential to become the world’s richest personal brand looks imminently achievable.

“Them becoming a billion-dollar brand is certainly not out of the question.”

Confirming the move on their Archewell website, the Duke and Duchess remarked: “We want to rethink the nature of investing to help solve the global issues we all face.”

‘I would estimate their combined net worth is circa £250 million’ (Image: Getty)

It is as-yet unclear if they are being paid for their roles at Ethic, but one of the fintech company’s founders said they “became investors in Ethic earlier this year and have investments managed by Ethic as well”.

The couple also signed a £112million deal with streaming service Netflix to make their own shows, including Meghan’s upcoming animated series Pearl.

They agreed to a multi-year deal to produce a nature series, documentaries and children’s programming.

The deal is worth more than other Hollywood stars received for their original films. 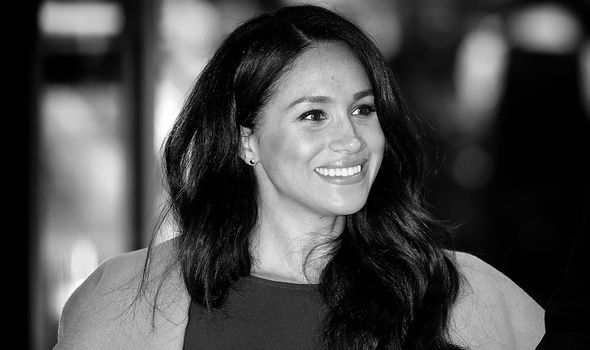 The couple signed a £112m deal with Netflix to make their own shows, including Meghan’s Pearl (Image: Getty)

Will Smith received $20million (£14.6 million) for his Netflix film Bright, while Ryan Reynolds made $27million (£19.7 million) from Six Underground.

Meghan and Harry’s partnership with music streaming site Spotify is reported to have made them at least £30million.

The royal couple’s fee means they will on course earn more than Forbes’s highest-earning podcaster, Joe Rogan, who made $30million (£22million) in 2019.

An insider told The Sun that the Duchess was “the driving force behind” the huge Archewell Audio podcast deal, which Spotify says will “uplift and entertain audiences”.
They have so far released just 35 minutes of content.

Meghan and Harry’s partnership with Spotify is reported to have made them at least £30m (Image: Getty)

Meghan has also ploughed cash into the instant oat-milk latte start-up Clevr Blends, which sells packs for £21 each.

It is not known how much Meghan invested in the coffee company, but Mr Bloch estimates it could eventually net her up to £7.3million.

A few years ago, Harry announced that he was working with Apple TV and Oprah Winfrey on a new mental health series.

The Me You Can’t See launched on May 21 on Apple TV+, following a delay.

The Mail reported that the Duke was “compensated for his contribution as ‘co-partner, co-creator and executive producer’”.

Despite no figure being revealed, Mr Block said a long-term partnership between the Duke and Apple TV could be worth £14million.

As part of the Netflix deal, the Duchess of Sussex will take on the role of executive producer of Pearl for the first time in her career, alongside David Furnish.

In a statement in July, she described the main character, Pearl, as being “on a journey of self-discovery as she tries to overcome life’s daily challenges.”

The Duchess added that the series “celebrates extraordinary women throughout history.”

The Duke also reportedly received a £14.5million advance for his memoir, according to reports, but will donate the proceeds to charity.