Meghan and Harry currently live in Santa Barbara, California, having stepped down as senior royals in 2020. Over the past year they have given a number of incendiary interviews, claiming they faced racially charged comments and a lack of mental health support within the Royal Family.

Time Magazine published a short piece by Jose Andres, founder of the World Central Kitchen, explaining why the Duke and Duchess made the list.

“They don’t just opine. They run toward the struggle.”

An accompanying photograph shows Meghan, dressed in an all-white outfit, in front of Harry who is wearing a dark brown shirt. 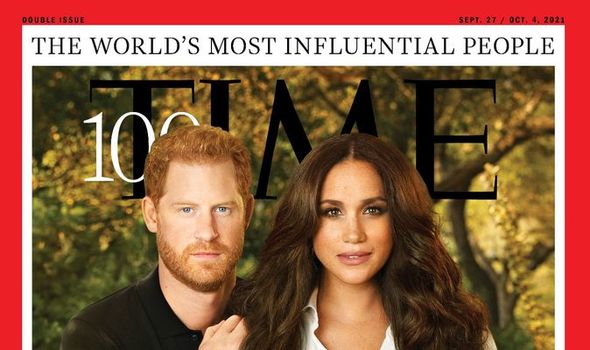 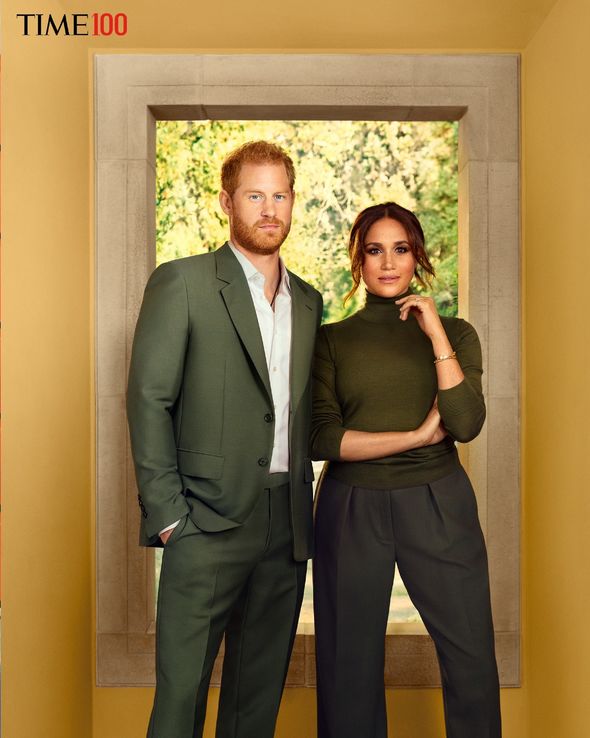 Harry and Meghan were praised for their activism (Image: TIME / TIME100 Pari Dukovic)

The Duke has his right hand on the Duchesses’ upper-arm, whilst both look towards the camera.

In a second image the couple walk through an area of woodland, holding hands.

Harry is wearing a smart suit-style jacket and white shirt, whilst Meghan has opted for a dark green turtleneck and long coat.

However, this attracted ridicule from Darren Grimes, a prominent young pro-Brexit campaigner. 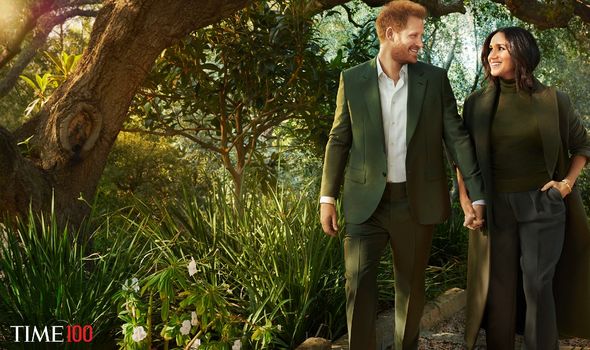 The Sussexes stepped down as senior royals in 2020 (Image: TIME / TIME100 Pari Dukovic)

He tweeted: “It’s rather fitting that the Prince looks like he’s acting as the shadow of Meghan in this photoshoot declaring their ‘influence’.”

Mark Palmer wrote: “I thought they wanted the quiet life?”

Leslie Krupp said: “This is the sound of the barrel being scraped.” 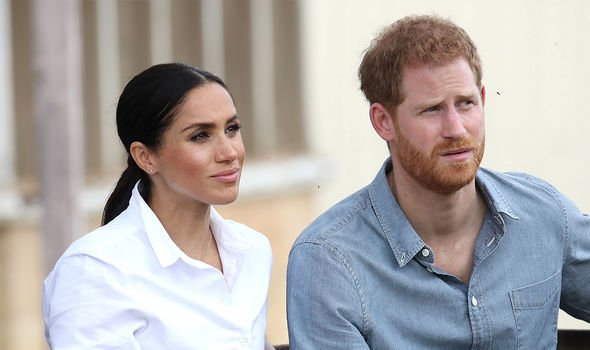 Harry and Meghan stepped down as senior royals in 2020 (Image: GETTY)

In his article Mr Andres argued it would be “much safer” for the Sussex to “enjoy their good fortune and stay silent”.

However: “That’s not what Harry and Meghan do, or who they are.

“They turn compassion into boots on the ground through their Archewell Foundation.

“They give voice to the voiceless through media production.

“Hand in hand wIth nonprofit partners, they take risks to help communities in need—offering mental-health support to Black women and girls in the U.S., and feeding those affected by natural disasters in India and the Caribbean.”

In March CBS released an explosive interview of Harry and Meghan, by Oprah Winfrey. 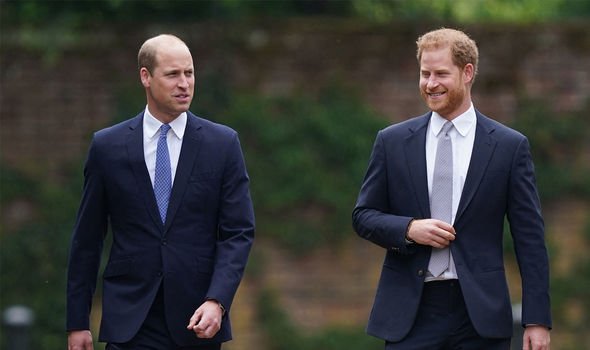 Harry and William unveiled a statue of Princess Diana in July (Image: GETTY)

The Duchess claimed there had been “concerns and conversations” about Archie’s skin tone, ahead of his birth in 2019.

In response Buckingham Palace released a statement, on behalf of the Queen, expressing regret for the Sussexes’ difficulties.

However it added “some recollections may vary” about the events they described.