George, eight, will ascend to the throne after his father, Prince William, and grandfather, Prince Charles. Ms Mantel also admires the devotion of Queen Elizabeth II, 95, and heir Charles, Prince of Wales, 72.

She said of the royal family, in an interview with the Times: “I think they do it as well as anyone possibly could, take it as seriously as anyone could.”

But when asked how long the traditional state of the monarchy had left, Mantel said her “back of the envelope” calculation was just two generations.

She said: “It’s very hard to understand the thinking behind the monarchy in the modern world when people are just seen as celebrities.”

Ms Mantel triggered anger in Britain earlier this month by telling La Repubblica that England was now a washed-out place that ran on “the memory of power”. 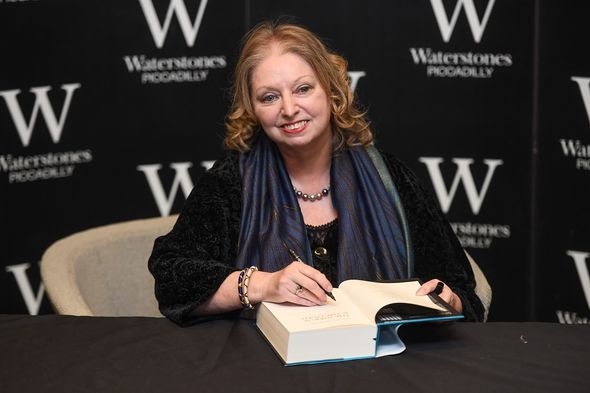 She described Brexiteers as “callow opportunists”.

Ms Mantel said: “I’d like people to stop shouting and start listening to each other.

“I think in this country at this time it would be a change that could save us.”

This is not the first time the celebrated author suggested the institution is in its “last big era” and questioned whether the Queen is “the only person who really believes in the monarchy now”.

Duke and Duchess of Cambridge with children (Image: Getty)

Back in May, she spoke at length to the Daily Telegraph about her work and the Royal Family as an institution.

Asked about the monarchy, she replied: “I think it’s the end game.

“I don’t know how much longer the institution will go on.

“I’m not sure if it will outlast William.

“So I think it will be their last big era.

“I wish the Queen had felt able to abdicate because Charles has had to wait such a long time.

The Queen is already the longest-reigning monarch in British history after she came to the throne in 1952 aged just 25 years old.

Ms Mantel added: “I wonder if she’s the only person who really believes in the monarchy now, and I’m sure she believes with all her heart.

“She believes that she cannot cease to be a monarch – she made those promises to God.

“It’s such a cliché to say, but what a lonely position to be in.

“It’s a conflict, because most of the world sees the royal family as a branch of show business.

“And I’m sure that is very far from the Queen’s own thinking.”

Ms Mantel is best known as the author of a trilogy focused on the life of Thomas Cromwell and his relationship with King Henry VIII.