They also want Harry and Meghan to stop commenting publicly on global issues.

Additionally, on both sides of the Atlantic, most feel the Queen should respond to claims that she did not do enough to address Harry and Meghan’s racism allegations.

The survey found almost three quarters of those polled in both countries want the Duke of Sussex to negotiate with his brother and father.

Asked the question, “Should Princes Harry, William and Charles meet face-to-face to try to resolve their issues?”, 72.9 percent in Britain said yes, with an even more substantial 77.6 percent agreeing in America.

People in both Harry and Meghan’s home countries appear to be tiring of their pronouncements on world affairs, after the couple said last week they are “speechless” and “feel many layers of pain” over what is happening in Afghanistan. 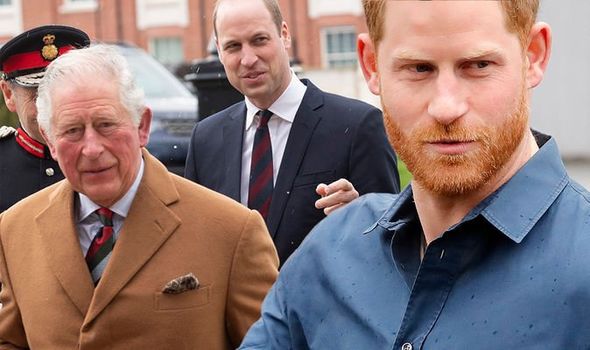 Prince Harry must meet his father and brother face-to-face to find an end to their family feud (Image: PA Images) 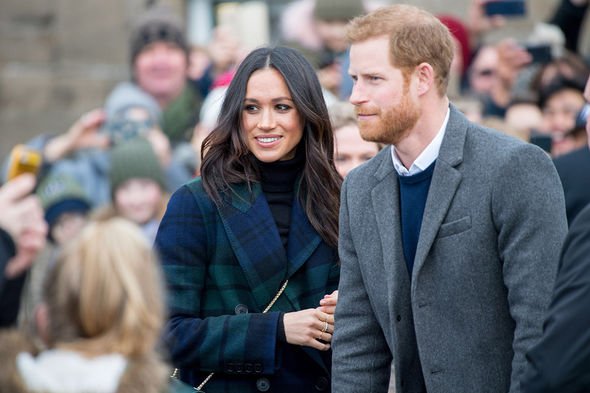 Harry and Meghan, who were slammed by critics for spouting a “woke word salad” in a rambling statement on their Archewell website, added that they are “heartbroken” by the humanitarian crisis in earthquake-ravaged Haiti and are still “scared” about the dangers of Covid.

Responding to the question, “Do you think the Duke and Duchess of Sussex should stay out of publicly commenting on world affairs?”, 53.8 percent in the UK and 52.3 percent in the US agreed.

The twin polls were run by OnePulse, the real-time opinion platform, which put the same sets of questions to respondents inboth countries.

Despite the latest uproar over Harry and Meghan’s comments, our survey revealed that a small majority on both sides of the Atlantic believe that they deserve a
response from the Queen over claims she has not fully addressed the racism complaints they made during their scandalous TV interview with Oprah Winfrey.

Some 55 percent of Britons and 61.6 percent of Americans responded positively to the question, “Should the Queen respond to claims that she did not do enough to address Harry and Meghan’s racism allegations?”

Commentators yesterday supported our survey’s clear call for Harry to resolve issues with the Royal Family, as well as serious allegations of Palace racism, but in private rather than in public.

Royal expert and biographer Hugo Vickers told the Sunday Express: “Buckingham Palace wisely said that the issues would be discussed in private and that seemed to me a very sensible way forward – rather than to engage in a tabloid war.”

But he added: “I appreciate that this may prove difficult if the Sussexes choose to make these discussions public via their spokespeople, official or unofficial, as seems to be the case.”

And writing in today’s Sunday Express, Royal author Margaret Holder says she believes Harry and Meghan’s seemingly insatiable appetite for world headlines could ultimately backfire on them and even damage them financially.

She declares: “Perpetuating their victim status may deliver global publicity welcomed by the media giants who have commercial contracts with the Sussexes.

“However, eventually people will tire of hearing the same old cracked record and the couple will have to reinvent themselves if they are to stay bankable in a rapidly changing market with many competitors.”

Ms Holder added: “The Queen has shown admirable patience with her troubled grandson’s repeated provocations while trying to maintain the dignity of the institution of monarchy.”

The poll results follow recent criticism of Prince Harry for taking a friend’s private jet 750 miles back home to Santa Barbara from his polo match, months after expressing concerns about climate change.

He boarded the 20-seater £45million plane from the event in Aspen, Colorado.

The two-hour flight, which could have emitted as much as 10 tonnes of CO2, came just three months after Harry said climate change was one of “the most pressing issues we are facing”.