This could be because they are considered too colloquial or too influenced by Americanism.

The following words will never be uttered by the family, as ordered by the Queen.

As demonstrated by the Queen at the G7 last month, if a royal does not hear something correctly, the correct phrase to use is “what”.

According to social anthropologist Kate Fox, the word ‘pardon’ implies it is your fault if you do not hear someone correctly.

However ‘what’ puts the onus on the speaker to talk louder. 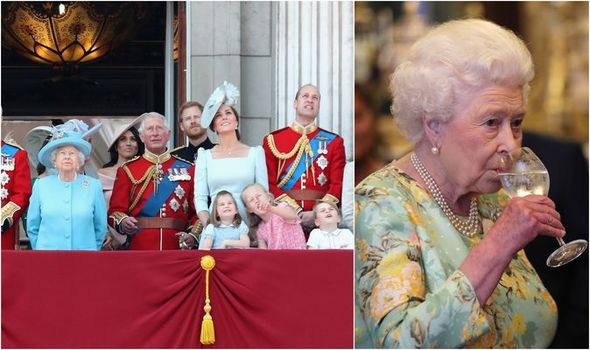 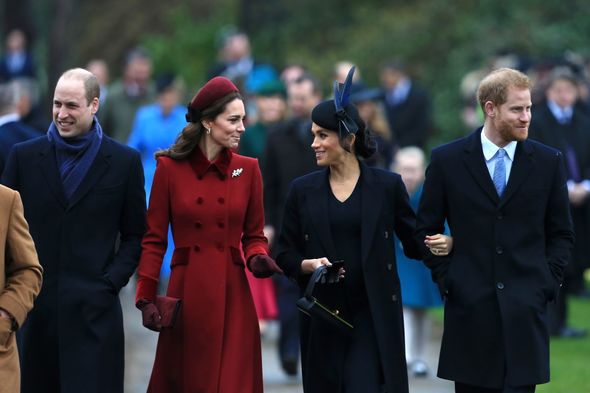 The Queen only use the phrases ‘loo’ or ‘lavatory’, and it is expected for the entire family to follow this rule.

The word ‘toilet’ is deemed by the Queen to be too uncouth, and so would never be used within the royal palaces, not even by the footmen.

Many people have a patio in their back garden.

But the royal palaces are so ginormous, they do not use the term patio.

Instead, they refer to their gardens as having a ‘terrace’, as can often be seen in Prince Charles’s and Camilla’s Gloucestershire residence, Highgrove Gardens.

There are 775 rooms in Buckingham Palace, and many are for relaxing and spending family time together.

However, they must always be referred to as drawing rooms or sitting rooms in the palace among royal circles.

Both these terms are considered too colloquial by the Queen.

The Royal Family, when watching television or relaxing after a long day, will sit down on a ‘sofa’, never a couch or a settee.

The royals are advised against complimenting specific perfumes, in fear of an accidental endorsement.

Instead, they are recommended to use the phrase ‘scent’ when saying someone smells lovely.

The Queen and Prince Philip relaxing on their ‘sofa’ at Balmoral in 1975 (Image: GETTY)

Although the Royal Family are objectively posh, they will never use the word to describe themselves.

Instead, they use ‘smart’ which although does not mean the same thing, still makes them feel a little bit superior.

Kate Fox wrote in Watching the English, “Lower-class people go to a ‘do’.
“Those in the middle class usually call it a ‘function.’

Therefore, as the Royal Family come under the upper class, they always refer to events they go to as parties.

Although this word seems perfectly normal and respectable, it is considered by the Royal Family to be too middle-class.

They instead say they will ‘tuck into food and drink’ according to Kate Fox.

This word is considered too modern and American by the Queen.

Instead, she uses the more old fashioned and traditional ‘pudding’.

As ridiculous as it sounds, you will never hear Prince Charles refer to the Queen as ‘mum’.

He has often been heard calling her ‘mummy’, despite him being 72.

The Queen also used ‘mummy’ to talk to the Queen Mother until her death in 2002.

Although the Royal Family will of course have tea when drinking Afternoon Tea, this word will never be used to replace ‘dinner’.

They also use ‘supper’ on certain occasions, but never ‘tea’ to describe a meal.

If trying to lose weight, the royals will say they are watching their ‘helping’ size, not their ‘portion’ size.

This is another upper-class term that according to the Queen, does not seem as restrictive.