Royal expert Lady Colin Campbell said the Duke and Duchess of Sussex took advantage of the 95-year-old monarch’s tolerance and hoped they would “get away with everything”. But Lady C warned the “fightback has started”.

Speaking on YouTube, the royal commentator said: “Harry knows that the Queen is a very tolerant person and so he and the wife have been taking full advantage of her tolerance in the hope that they would get away with everything.

“Nor are they going to get away with everything indeed as I’ve said before, the fightback has started.”

Harry and Meghan quit royal duties in March 2020 for a new life in America. 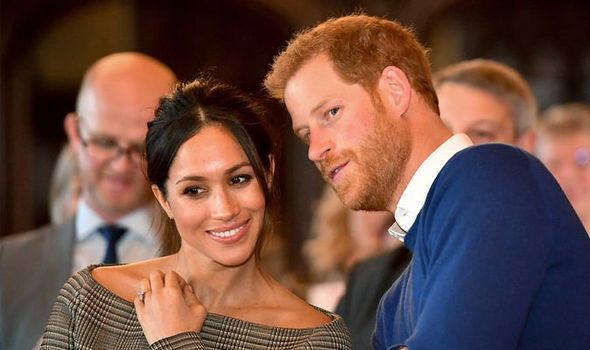 Meghan and Harry took advantage of the Queen’s tolerance, according to a royal commentator (Image: GETTY)

They are now living in an £11 million mansion in California with their two-year-old son Archie and newborn daughter Lili.

The couple made a string of damaging claims about the Royal Family in their Oprah Winfrey interview, which aired in March.

Harry went on to make further controversial comments about his family in the following weeks.