Queen Elizabeth has spent a huge part of her time as Monarch travelling around the world representing the UK. As a result, she is no stranger to the usual burdens of international travel, including jet lag.

However, thanks to her experience as a global Jetsetter, Her Majesty is said to have come up with a few clear ways to make the travel experience more comfortable.

When it comes to jet lag, experts say she has her own “secret strategy” which apparently cures jet lag.

It is reported that Queen Elizabeth is a huge fan of barley sugar, which she consumes in the form of hard-boiled sweets.

The Monarch is said to swear by these traditional candy shop treats for helping with time zone changes. 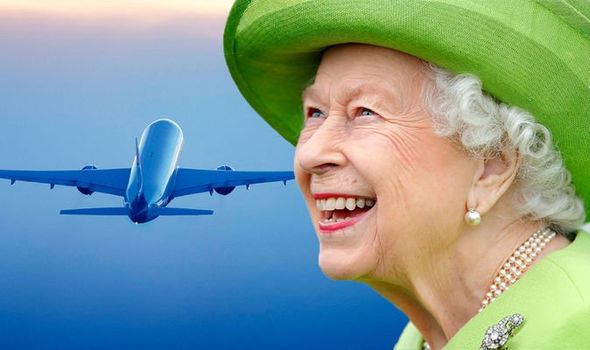 Meanwhile, royal correspondent Emily Andrews added: “Apparently she says that she thinks it can help with jet lag which is an interesting one – I hadn’t heard that one before.”

While Queen Elizabeth vows the sweet treat helps her, whether or not barley sugar alone can help remains uncertain.

Lifestyle specialist Nick Knight told the Telegraph: “What the Queen is doing by having barley sugar is essentially using her body’s sugar metabolic pathways to help adjust her body clock.”

He compared the Queen’s tip to adjusting meal times to match the destination a traveller is in.

This can, in turn, help aid a bedtime that is also in line with the time zone.

“Carrying out your daily habits like eating and sleeping in line with your new destination’s time zone – both en-route and on arrival – helps re-synchronise our body clock to our new environment,” added Mr Knight.

It is also reported that she has a very specific packing list, including food and beverage items to be consumed in flight and abroad.

According to former royal plane pilot Graham Laurie, the Queen was partial to Fray Bentos pies during the flight.

The pies are sold off the shelves in supermarkets for a price of around £2.50.

They come in a variety of flavours including steak and kidney, and minced beef and onion.

Speaking as part of the Channel 5 documentary, Mr Laurie said: “Do you know, they used to love it,” said Mr Laurie.

“I think it’s such a lovely change from all that fancy food which comes first class!”

The Monarch is said to request Malvern bottled water wherever she goes.

Former royal spokesperson Dickie Arbiter revealed: “The only thing the Queen requests to have wherever she is is Malvern Water.

“She likes Malvern water, it’s refreshing and they usually take lots of it with her.”