Kate wore a stylish black ensemble to mark the sombre day as the family said goodbye to its patriarch Prince Philip, the Duke of Edinburgh. She wore a Catherine Walker coat dress over a £1,605 Roland Mouret dress.

The dress featured an asymmetric neckline and the coat a gorgeous one-shoulder bow detail.

She wore her hair up beneath a black fascinator with a net.

The Duchess wore a black mask, and jewellery borrowed from Her Majesty.

Pictures of the royal at the event left royal fans in awe.

The dress featured an asymmetric neckline and the coat a gorgeous one-shoulder bow detail.

She wore her hair up beneath a black fascinator with a net.

The Duchess wore a black mask, and jewellery borrowed from Her Majesty.

Pictures of the royal at the event left royal fans in awe.

Body language expert Judi James told Express.co.uk: “Kate looked stylish in a way that a Vogue model might envy, with every angle, from the tilted hat to the asymmetric neckline with its stand-up bow and the jaw-dropping pearls, complementing one another perfectly.

“But it was the tilt of Kate’s head that added the regal touch, echoing the type of head-tilt that the Queen Mother used to perform to signal a form of graciousness that had fallen out of fashion.

“It was the way that Kate wore those pearls rather than allowing them to wear her too, which is not often the case with younger royal wives and the jewels they are loaned.

“With her black mask in place we were robbed of the sight of Kate’s signature pitch-perfect smile (which she would not have been wearing at a funeral anyway) but the mask focused attention on Kate’s eyes, drawing us to a new dimension of her non-verbal signaling.

“Like her posture, Kate’s eyes signaled a calm confidence.

“The light veil added a touch of film-star glamour but the eye shape is interesting.

“The flash from the camera is reflected in Kate’s eyes, adding a magical-looking gleam that photographers usually put down to the ‘luck’ factor.

“Despite the flash though, Kate’s eyes haven’t widened at the light so we get the magic plus the calm rather than a startled eye expression.” 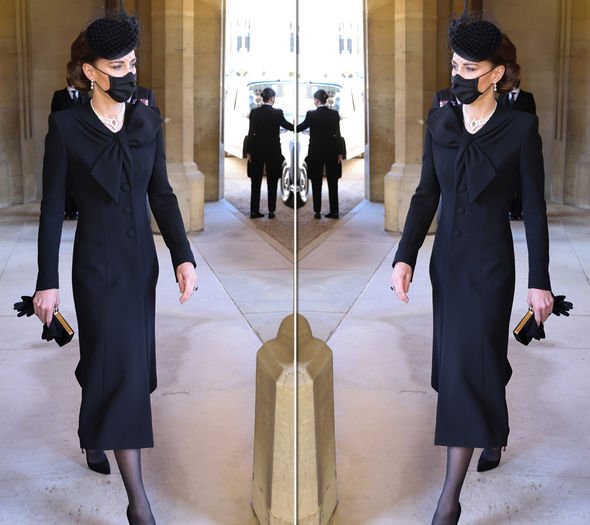 The expert suggested Kate is adopting a more maternal role within the Royal Family.

Judi said: “Kate’s status in the Firm has risen recently, along with her signals of confidence, and in many ways, we were seeing her looking, not just beautiful, but with an air of calm confidence that hints at a more matriarchal role in the family.

“This is the version of Kate who comforted Charles as he cried and who took a major role in getting the warring brothers William and Harry walking off talking together at last.”

Judi James also analysed public appearances made by the Queen in the past few months. 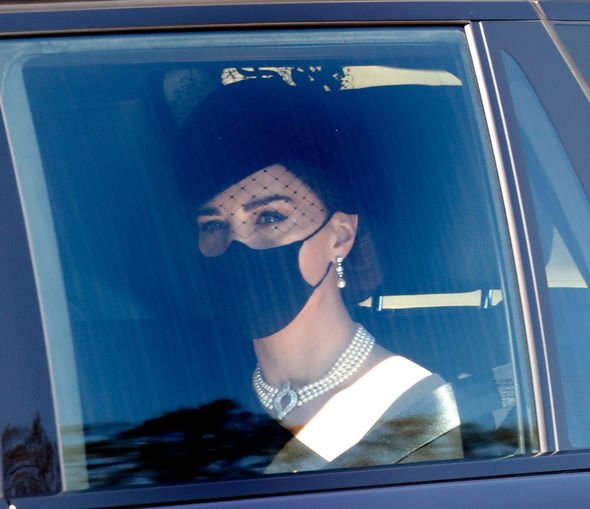 She claimed speaking with her subjects is an “escape” for the Queen.

In fact, the last year has left her “even keener to connect with the people”.

“After the (Harry and Meghan) interview the Queen seems even keener to connect with the people she has on-screen and to immerse herself in the conversations, even making her audience laugh with her dry lines,” Judi said.

“She is slightly self-diminished and leaning forward, suggesting some vulnerability, but with her eye-scanning and her keenness to chat the suggestion is that she finds her work and the people she meets an escape from any problems.