The royal youngsters are spending the third national lockdown with their parents, Prince William and Kate, Duchess of Cambridge, at their Norfolk residence, Anmer Hall. Their country home, located on the Queen’s Sandringham estate, was covered by a light sprinkling of snow over the weekend, which is sure to have delighted Prince George, seven, Princess Charlotte, five, and Prince Louis, two.

A stunning photo of the Queen’s Norfolk residence with a dusting of snow was shared on the Sandringham Estate’s official Instagram account on Saturday.

The picture shows several inches of crisp white snow covering the grounds of the estate, with what appears to be animal footprints dotted around the grass.

The caption to the picture reads: “An actual snow day today in Norfolk.”

Anmer Hall is located just two miles east of Sandringham House, where the picture was taken. 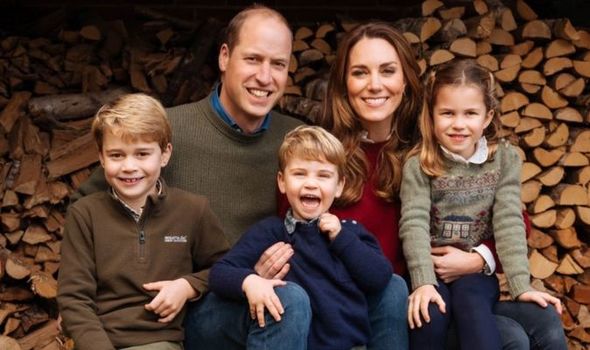 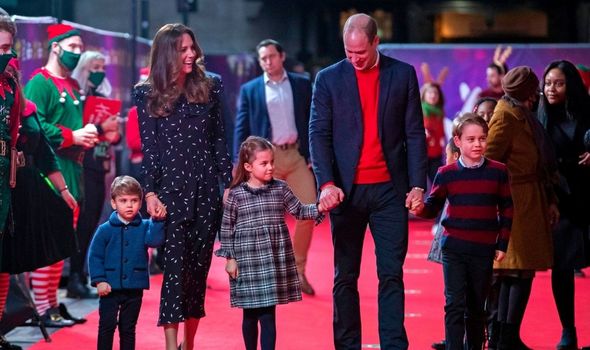 It is likely the Duke and Duchess of Cambridge let their three children play in the snow this weekend, where there was just enough snow to make snow angels, have a snow ball fight or even make a snowman.

Prince George and Princess Charlotte are no strangers to snow, having been on a skiing trip with William and Kate in the French Alps in 2016.

Parts of Norfolk saw up to 8cm of snowfall on Saturday.

The area could see further snow later in the week, with forecasters Netweather stating a 16 percent risk of snow on Thursday.

Anmer Hall was given to Prince William and Kate Middleton as a wedding present by the Queen.

It was built in the 18th century and has a striking red brick exterior.

The Norfolk home comprises of two storeys, an attic and boasts a number of large bay winders overlooking the vast gardens.

The couple have spent much of the past 12 months at the country home, opting to spend lockdown in Norfolk rather than their apartment in Kensington Palace, central London.

Kate and William are homeschooling their three children (Image: Getty)

But due to current lockdown restrictions, they are being taught online.

During the first national lockdown, William and Kate openly discussed how they were finding homeschooling.

The Duchess said: “The children have got such stamina, I don’t know how.

“Honestly, you get to the end of the day and you write down the list of all the things that you’ve done in that day.

“So, you pitch a tent, take the tent down again, cook, bake.

“You get to the end of the day – they have had a lovely time – but it is amazing how much you can cram into one day that’s for sure.”

The Duke also joked that he was struggling to help the children do their math’s homework.